Stocks rebound after worst single day rout in a decade

Stocks bounced on Tuesday following one of the worst single day routs since the financial crisis of 2008/09.

Broad based relief was recorded across most major global indices as they surged in today’s session. This surge pales in comparison to the declines that were recorded on Monday. Oil prices which fell dramatically on Monday also rebounded strongly on the back of this positive sentiment. News of the possibility of additional stimulus packages from some of the world’s biggest central banks also helped ease sentiment across most global markets. 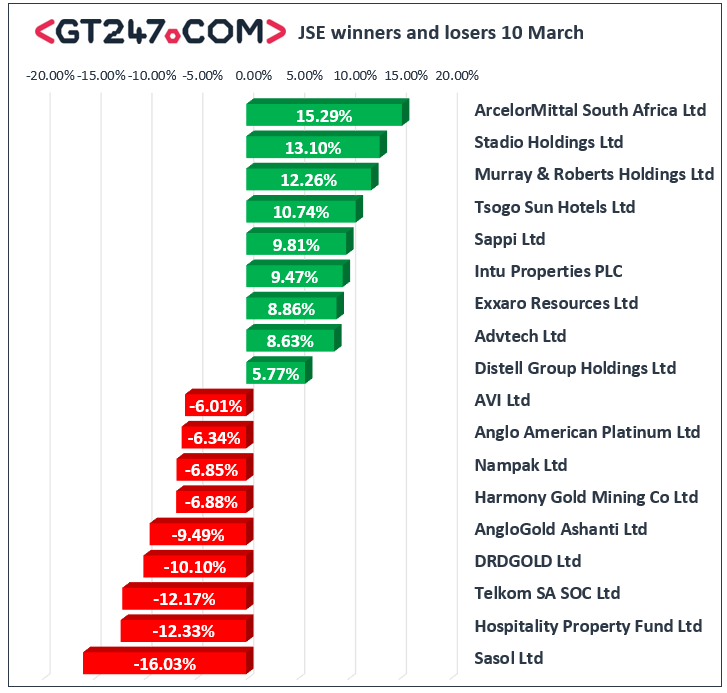