The JSE began the week on a positive note as it surged along with other global markets after Donald Trump agreed to ease a ban on US companies which trade with Huawei.

The major US indices quickly surged to new all-time highs led by gains in tech stocks on the Nasdaq. In Hong Kong markets were closed while in mainland China the Shanghai Composite Index rallied to close 2.88% higher, and in Japan the Nikkei gained 2.13%. It also was a sea of green in Europe as all the major indices advanced. This move from the US president has been taken as a positive move in potentially lowering tensions between the US and China. 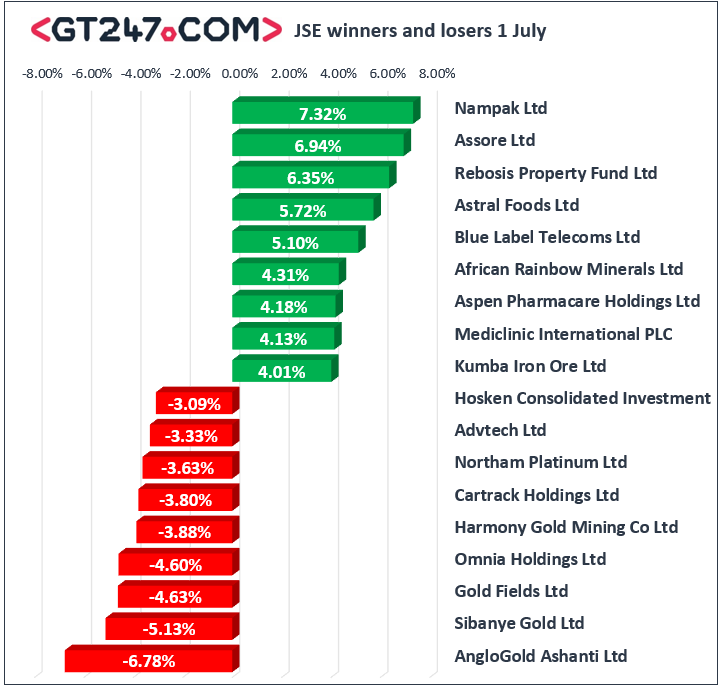 After having advanced more than a percent earlier the JSE All-Share index eventually closed 0.61% firmer, while the blue-chip JSE Top-40 index gained 0.51%. Gold stocks weighed on the Resources index as it lost 0.41%, however the Industrials and Financials indices gained 1.15% and 0.13% respectively.