Stocks across the globe fell on Monday as China announced its planned retaliation to the increase on its exports to the USA which was triggered on Friday.

The Chinese finance ministry announced that it planned to impose tariffs on $US60 billion worth of Chinese goods starting from the 1st of June. With threats looming from both sides it does seem there might be extended weakness for riskier assets such as stocks globally. In mainland China, the Shanghai Composite Index closed 1.65% lower on Monday while the Japanese Nikkei lost 0.72%. In Europe all the major indices traded softer, and in the USA the 3 main indices all opened more than 2% weaker. 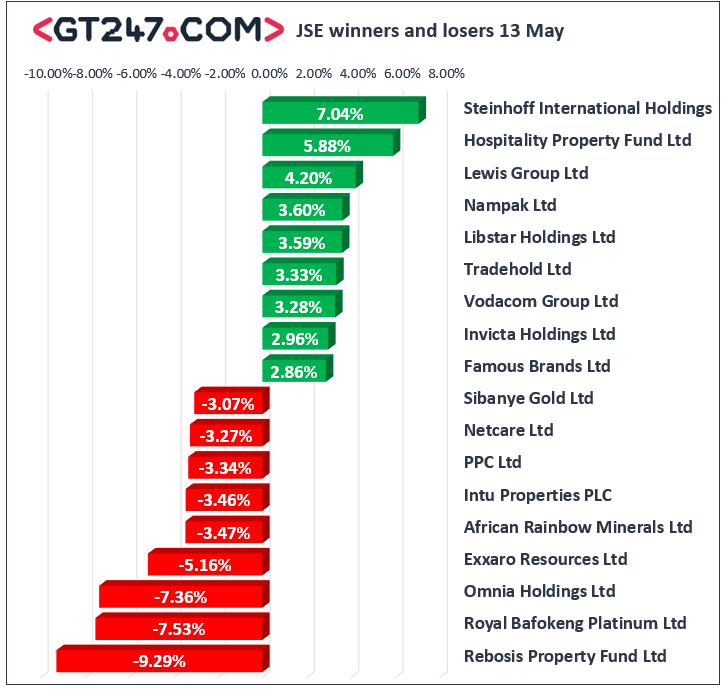 Brent crude seems to have shrugged off the trade war jitters as it firmed in today’s session. It was trading 0.98% firmer at $71.28/barrel just after the JSE close.