The JSE slipped on Friday as pressure mounted on global stocks due to new cases of coronavirus infections being recorded across different countries.

It is becoming more apparent that some economies and companies will be severely impacted due to the loss of productivity caused by quarantining. Significant declines were recorded for the Hang Seng which lost 1.09%, while the Nikkei lost a more modest 0.39%. The Shanghai Composite Index barely eked out gains of 0.12%. Stocks in Europe tracked lower albeit on the back of relatively modest losses, while US equity futures pointed to a lower opening.

The rand found some reprieve despite the US dollar holding steady. The local currency managed to peak at a session high of R15.04/$ before it was recorded trading 0.21% firmer at R15.08/$ at 17.00 CAT. 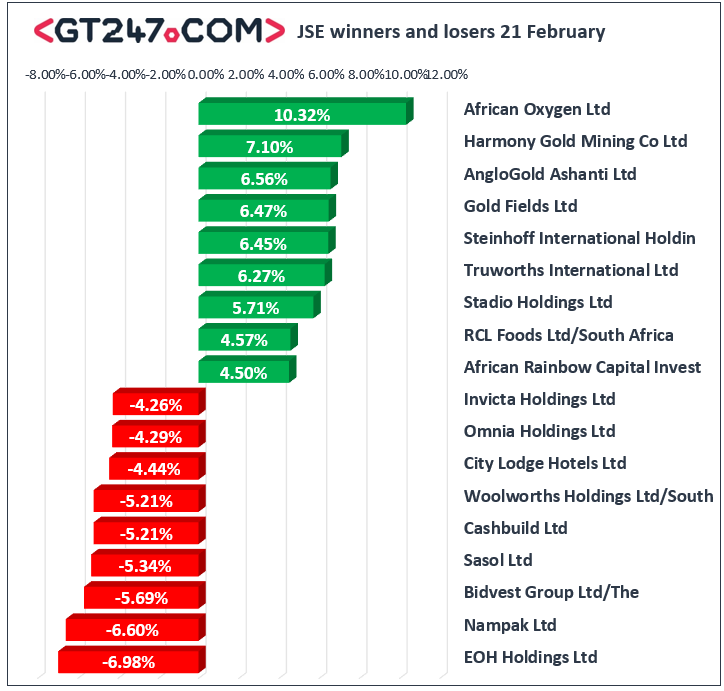 Brent crude fell from its overnight highs as it was recorded trading 2.16% lower at $58.08/barrel just after the JSE close.