The JSE extended its gains on Thursday as it was buoyed by the positive sentiment across most global stocks.

Stocks surged following news that the USA and China had agreed to hold high-level talks next month which could potentially see an ease in trade tensions between the two global powers. Equity markets were already buoyant before the announcement starting with Asian counters were the Japanese Nikkei rallied 2.12%, while the Shanghai Composite Index gained 1.01%. In Europe, the FTSE 100 was the only major index to trade softer while the other counties such as the CAC 40 and DAX rose by more than 1%. In the USA, the Dow Jones opened more than 300 points higher while the Nasdaq and S&P500 also rallied by more than 1%. 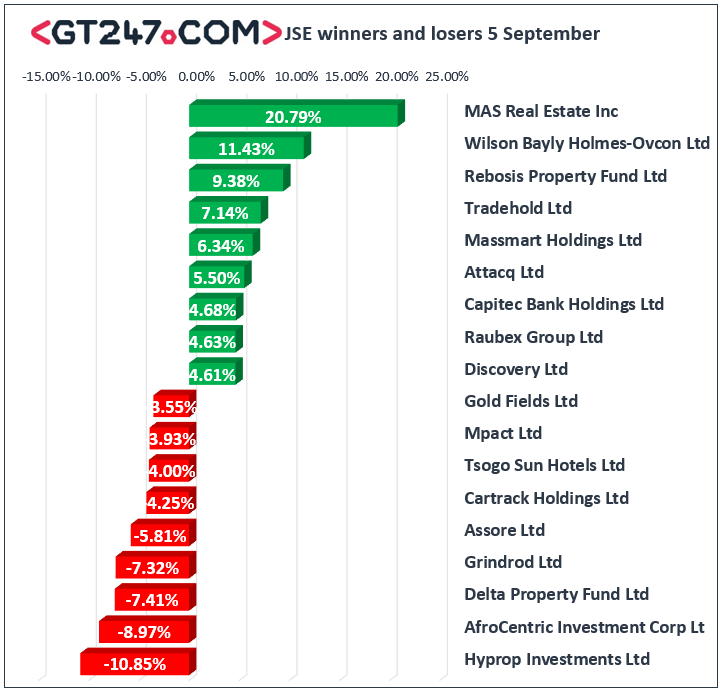 The JSE All-Share index closed 1.41% firmer while the JSE Top-40 index added 1.11%. All the major indices advanced on the day with the biggest gainer being the Financials index which gained 2.29%. The Industrials and Resources indices gained 1.05% and 1.04% respectively.

Brent crude surged even further in today’s session and it was recorded trading 2.36% firmer at $62.13/barrel just after the JSE close.