The JSE tracked other global markets higher on the back of optimism that the resumption of trade talks between the USA and China would result in a promising deal.

With concerns of a slowing global economy shrouding most of the investor sentiment, a solid trade deal would give hope that the two biggest economies in the world can get back on track and both expand. Recent releases of manufacturing data from Europe and the USA came in weaker than expected which increased concerns growth concerns. In Europe, markets shrugged off weaker readings of UK GDP and manufacturing production as the wave of optimism swept across the region.

The rand strengthened against the greenback as it was mainly buoyed by a weaker US dollar. Although risks associated with the Turkish lira continue to be a risk for emerging market currencies, the rand managed to peak at a session high of R15.02/$. At 17.00 CAT, the rand was trading 0.61% firmer at R15.07/$. 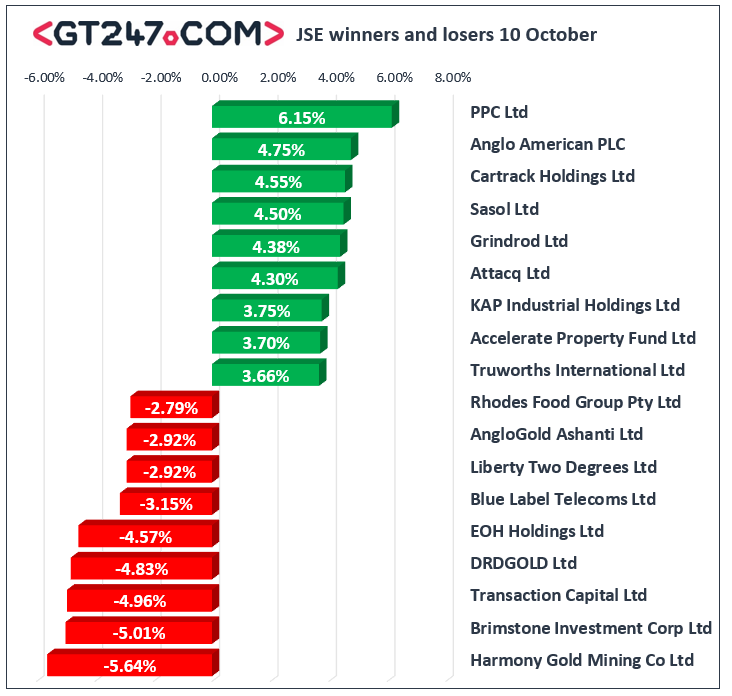 The blue-chip JSE Top-40 index closed 1.49% higher while the broader JSE All-Share index gained 1.33%. All the major indices advanced in today’s session with the biggest gainer being the Resources index which closed 1.97% higher, while the Industrials and Financials indices gained 0.965 and 1.85% respectively.

Brent crude remains volatile swinging between gains and losses, before it was recorded trading 0.89% firmer at $58.84/barrel just after the JSE close.