Global stocks including those on the JSE plummeted on Monday as the Chinese currency fell to a 3-year low against the greenback.

Speculation remains rife that this is a counter measure to the additional tariffs that were imposed by Donald Trump on $US300 billion worth of Chinese imports. Emerging market currencies and stocks sank on the back of this development, while Treasury bond yields rose as investors fled to safe-haven assets.

Earlier in Asian markets trading, the Hang Seng took a heavy knock as it fell 2.85% while the Shanghai Composite Index lost 1.91%. In Japan the Nikkei fell 1.74%. Most of the major indices in Europe weakened by more than 1.5% on the day while significant losses were also recorded at the open of US equity markets.

The rand had another weak trading session as it narrowly came within breach of R15/$ as it peaked at a session high of R14.95/$. The local currency rebounded marginally before it was recorded trading 0.85% weaker at R14.90/$ at 17.00 CAT. 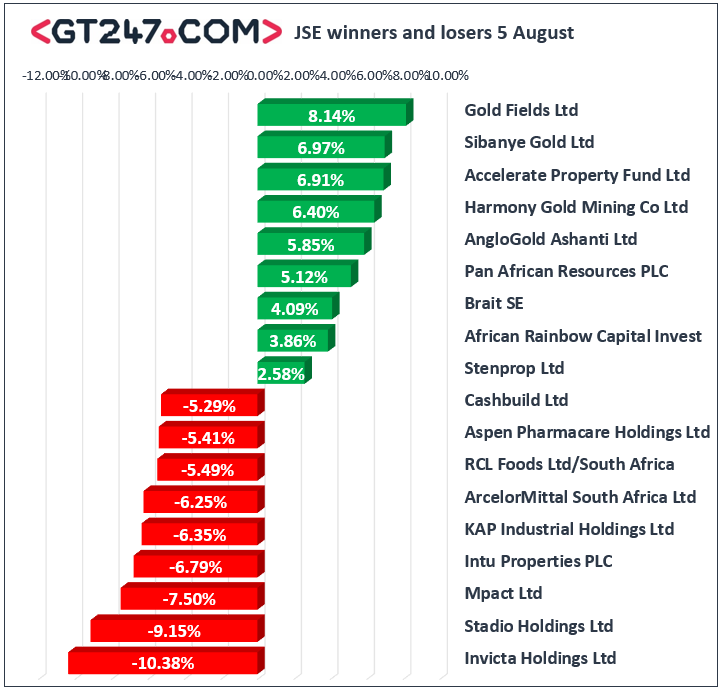 With the demand outlook looking shaky due to the Sino-US trade war, brent crude slipped further in today’s session. It was recorded trading 2.26% weaker at $60.49/barrel just after the JSE close.