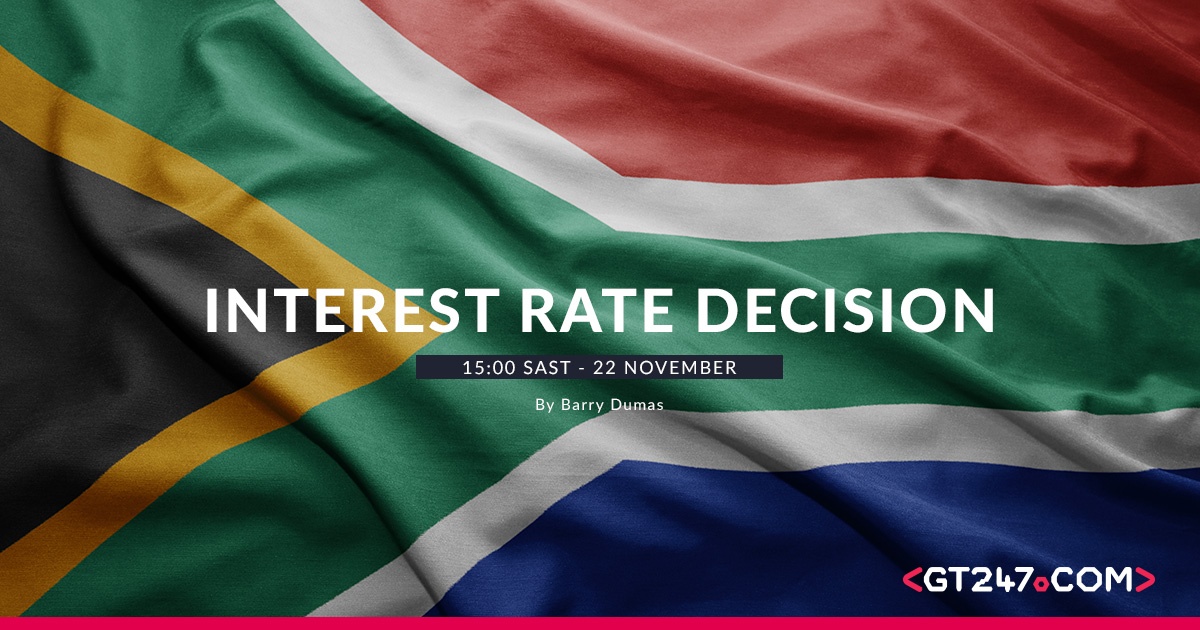 The current market outlook is mixed on whether the interest rates will remain unchanged later today. Looking at the Rand (ZAR), the currency has been stable over the last couple of weeks and trading below R14.00 to the greenback as the market anticipates an increase in interest rates.

If we do not see an interest rate hike today, then it becomes increasingly likely that we will see one after the next MPC meeting. The possibility exists that the U.S Federal Open Market Committee (FOMC) will raise their interest rates by 0.25% in December. If that transpires then SA will need to follow suit by increasing the repurchase rate (Repo Rate) at the next sitting.

We can see that the currency pair has been consolidating within this triangle formation. If interest rates are increased today, then we might just see a clear move lower. The Rand (ZAR) is trading below R14.00 to the greenback and might move lower still to a target of R13.57 (blue arrow). If there is no rate hike and the FED raises rates in December then we can expect a move higher with R14.49 as a higher target (red arrow). 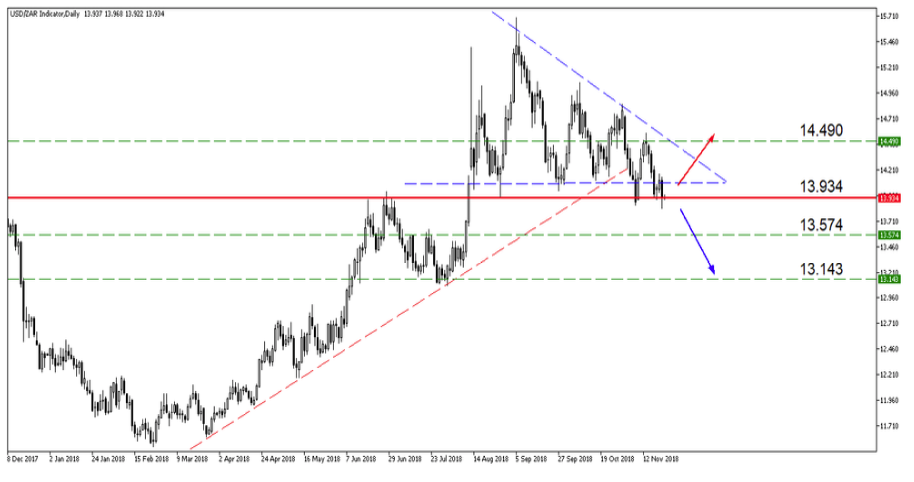