The local bourse closed firmer for a second consecutive session led by strong gains from the financials index, MTN and Sasol.

The financials index rebounded strongly following weakness in the prior session which was induced by the weaker rand and the downgrade of South Africa’s sovereign rating. The JSE managed to record healthy gains even as other major global markets struggled for direction. In Asia, the Hang Seng and the Shanghai Composite Index advanced 1.85% and 0.33% respectively, while the Nikkei retreated 0.88%. The outlook was mixed for both Europe and the USA as investors tried to gauge whether the market had seen the last of the recent weakness. 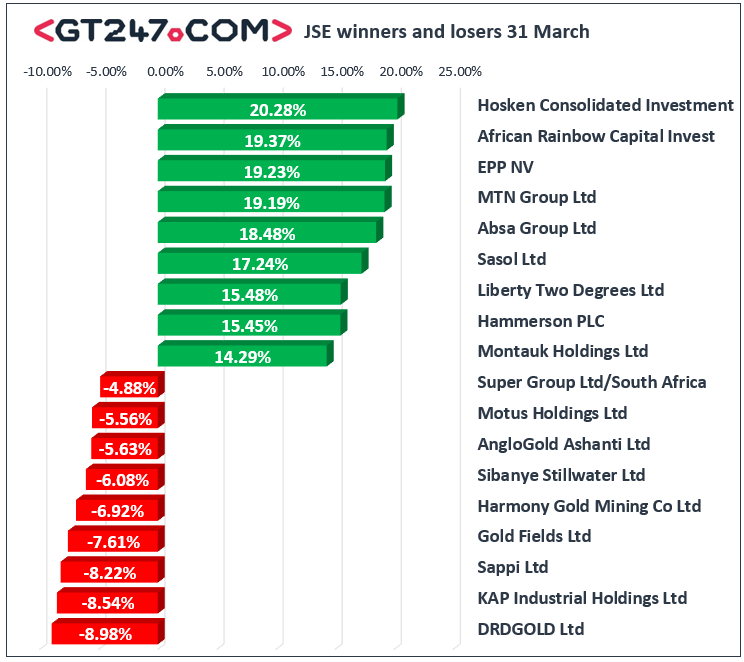 The JSE All-Share index closed 2.48% higher while the JSE Top-40 index gained 2.47%. The Financials index was the biggest gainer of the day after jumped 7.03%. The Industrials and Resources index gained 2.29% and 0.49% respectively.

Brent crude was trading mostly flat as it was recorded trading 0.3% softer at $26.34/barrel just after the JSE close.