The local bourse retreated on Wednesday on the back of losses recorded in retailers and index giant, Naspers.

The weakness recorded in retailers was triggered by the release of Shoprite’s [JSE:SHP] trading statement for the half-year ended 31 December 2018. As preempted by its recent sales update, the trading statement indicated that Shoprite is expecting a significant drop in revenue and profit for that period. The stock slumped 14.28% to eventually close the day at R153.13. 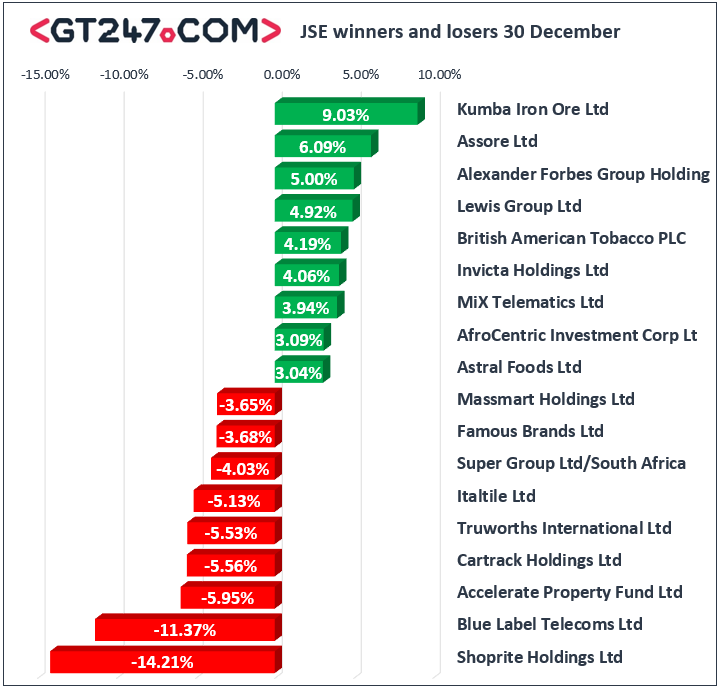 The JSE All-Share index eventually closed 0.53% weaker while the JSE Top-40 index weakened by 0.52%. The Resources index was the only major index to record gains as it closed 1.21% firmer. The Industrials and the Financials indices closed 1.36% and 0.46% weaker respectively.

Brent crude advanced yet again in today’s session after it gave back most of its gains in overnight trading. The commodity was trading 1.03% firmer at $61.95/barrel just after the JSE close.