The JSE bucked the trend in other global markets as it closed firmer on Monday mainly thanks to a rebound in mining stocks.

This was in contrast to the trend recorded in Asia earlier where stocks fell in reaction to the better than expected US jobs data which was released on Friday. The jobs data has decreased bets on the possibility of a US Fed rate cut given how healthy the US economy is, which in turn decreases the appetite for riskier assets which include stocks. The weaker trend was also recorded for major indices across Europe, as well as the USA where stocks opened lower. 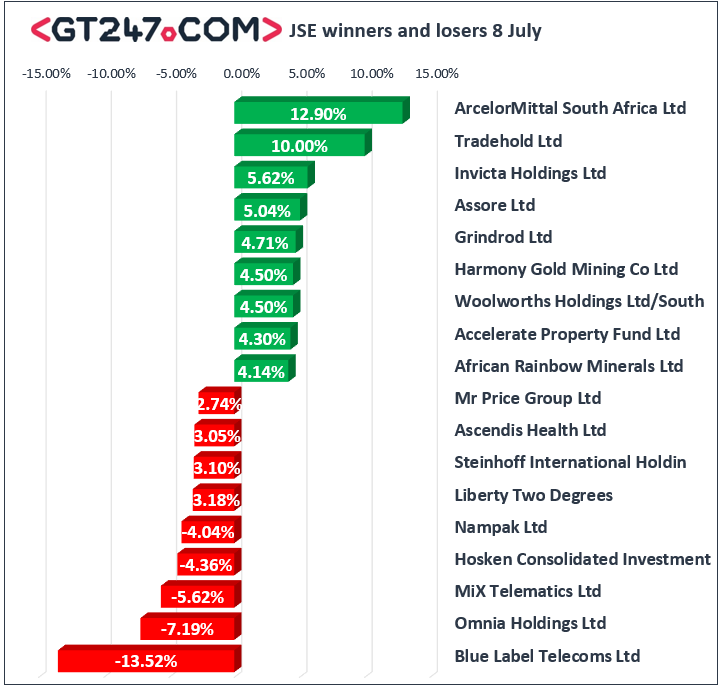 The JSE All-Share index eventually closed 0.21% firmer while the blue-chip JSE Top-40 index also gained 0.21%. The Resources and Financials indices managed to record gains of 1.05% and 0.46% respectively, while the Industrials index shed 0.36%.

Brent crude traded mostly firmer on the day which saw it trading 0.69% firmer at $64.70/barrel just after the JSE close.