Technology stocks which have been the primary catalyst for the latest bout of selling managed recover marginally in today’s session. Asian equities traded relatively mixed, but the Shanghai Composite Index eventually managed to close 0.25% firmer while the Hang Seng gained 0.51%. It also helped that Tencent Holdings closed firmer in Hong Kong as this resulted in Naspers [JSE:NPN] gaining 3.77% to close at R2716.00 on the JSE.

The US dollar retreated in today’s session giving back some of the gains from Tuesday’s impressive rally. Dollar weakness was extended following the release of worse than expected US initial jobless claims data. The rand rallied on the back of this dollar weakness to a session high of R13.89/$ before retracing briefly to trade at R13.92/$ at 17.00 CAT. 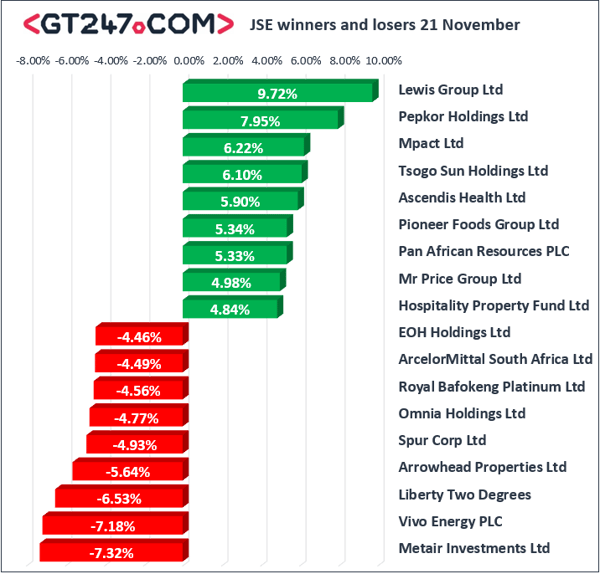 The JSE All-Share index closed the day up 0.49% while the JSE Top-40 index inched up 0.64%. The Industrials index was the biggest gainer of the day after it closed 1.45% higher, however the Resources and Financials indices dropped 0.29% and 0.46% respectively.

Brent crude staged a rebound which saw it trading 1.84% firmer at $63.68/barrel just after the JSE close.