The JSE retreated on Monday primarily on the back of losses recorded on the resources index.

The firmer rand played an important role as it extended its gains against the greenback. This saw rand-denominated prices of metal commodity prices fall which resulted in weakness for most of the locally listed miners. The JSE also shrugged off earlier momentum from Chinese markets which rallied on the optimism of a partial trade deal. 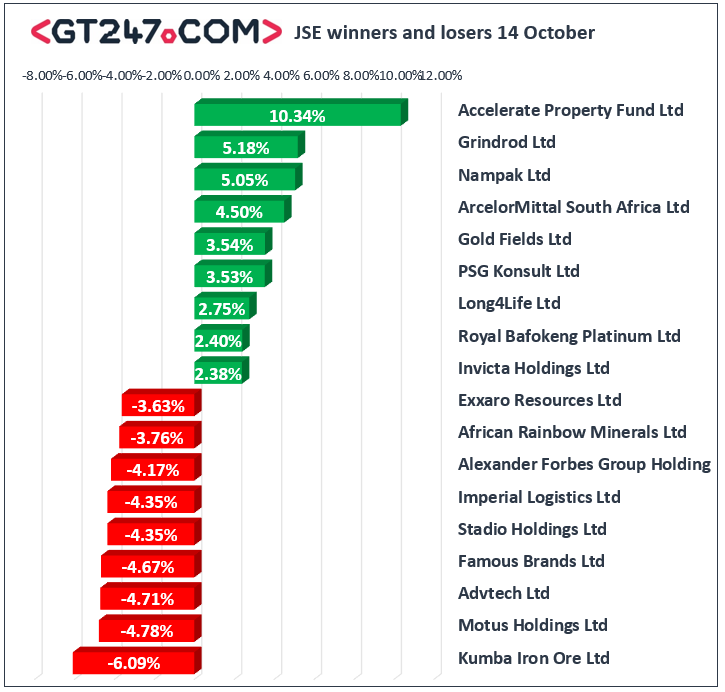 The JSE All-Share index eventually closed 0.62% lower while the blue-chip JSE Top-40 index dropped 0.59%. The Resources index recorded the biggest fall as it closed 1.62% lower. The Industrials and Financials indices lost 0.12% and 0.31% respectively.

Brent crude slipped as sentiment on the trade war changed as today’s session progressed. The commodity was trading 2.81% weaker at $58.84/barrel just after the JSE close.