The local bourse recorded another lackluster trading session as the positive momentum from US markets overnight failed to filter into the session.

US markets surged to new all-time highs on Wednesday as market participants priced in a higher possibility of a Fed interest rate cut given weaker US economic data that was released on the day. With the all-important non-farm payrolls data expected to be released on Friday, investors will be watching the data closely as more weakness could probably increase the Fed’s incentive to cut rates thereby likely sending the stock market into another rally in the next session or two.

The sentiment surrounding a potential US Fed rate hike saw an increase in the appetite for emerging currencies including the rand which rallied against the greenback on Thursday. The rand broke the support at R14.00/$ as it peaked at a session high of R13.95/$. At 17.00 CAT, the rand had retraced to trade 0.08% firmer at R14.03/$. 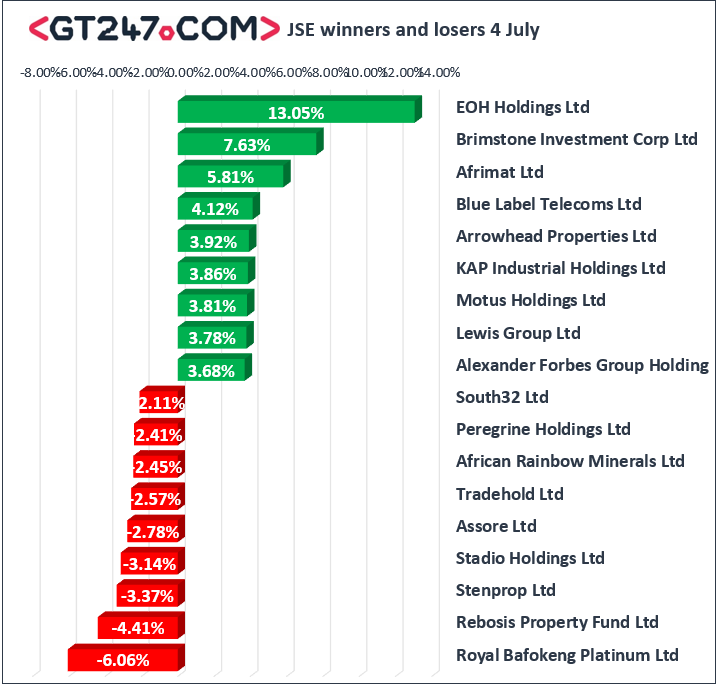 The JSE All-Share index closed 0.34% firmer while the JSE Top-40 index added 0.41%. The Industrials index barely closed firmer as it added 0.02%, the Financials index lost momentum towards the close to end the day 0.1% weaker, while the Resources index fell 1.01%.

Brent crude eased marginally from its overnight highs as it was recorded trading 0.41% at $63.56/barrel just after the JSE close.