The local bourse advanced to close firmer on Wednesday primarily on the back of positive sentiment currently engulfing global markets.

The JSE opened mildly firmer and climbed further as the session progressed. The surge started off in Asia where the Shanghai Composite Index gained 0.81%, the Hang Seng added 0.87% while the Nikkei rose 0.74%. In Europe, all the major equity benchmarks advanced on the day while US equity futures also traded in positive territory. 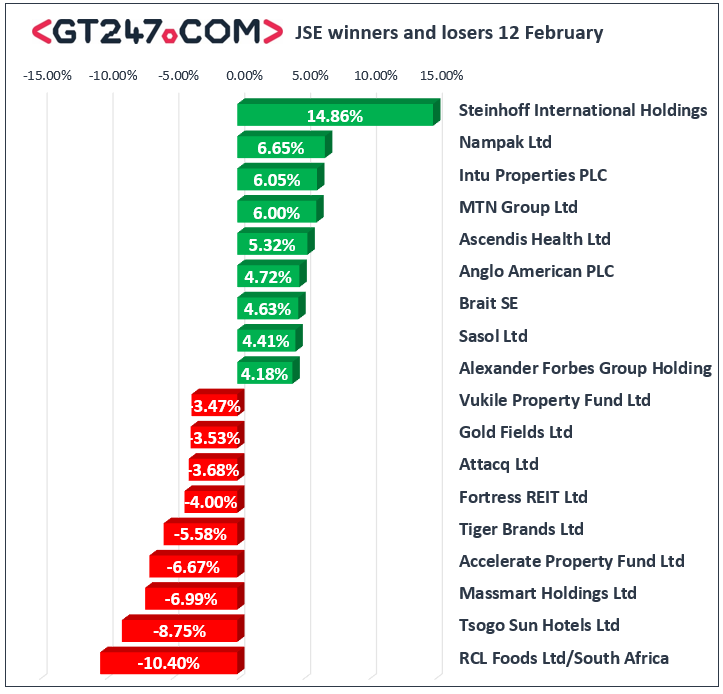 The JSE Top-40 index eventually closed 1.67% higher while the broader JSE All-Share index gained 1.45%. All the major indices rallied on the day. Industrials gained 1.18%, Financials managed to gain 1.49% and the Resources index surged 2.22%.

Brent crude has also found its footing with the rebound in global stocks. The commodity was trading 3.72% higher at $56.01/barrel just after the JSE close.