The JSE retreated on Wednesday despite a broad-based rebound across the major global markets on the back of positive news from Chinese officials.

China indicated that it is open to a limited deal with the USA provided no additional tariffs are imposed on it at the next high-level talks which are set to resume on Thursday. With the revived hopes of a positive outcome in these upcoming trade talks, European and US stocks rebounded to trade firmer on the day. However, the JSE took a leaf from Asian markets which closed weaker with losses being recorded for the Nikkei and the Hang Seng, while the Shanghai Composite Index only managed to gain 0.14%.

The rand strengthened against the greenback as emerging market currencies staged a minor rebound. At 17.00 CAT, the rand was trading 0.52% firmer at R15.20/$. 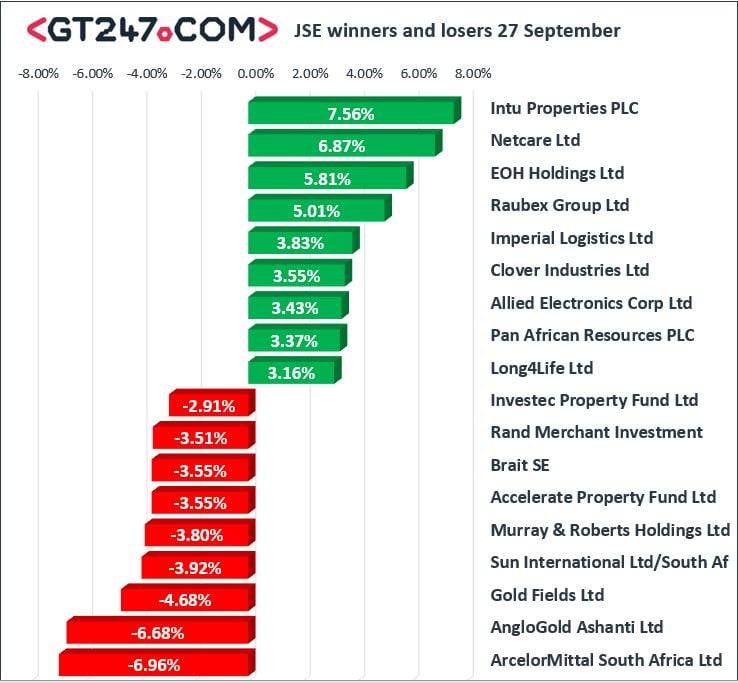 The JSE All-Share index eventually closed 0.35% while the JSE Top-40 index shed 0.32%. The Resources index only gained a modest 0.11%, while the Industrials and Financials indices lost 0.64% and 0.31% respectively.

Brent crude also rose on the hopes of renewed trade talks which saw it trading 0.5% firmer at $58.53/barrel just after the JSE close.