The JSE managed to close firmer on Monday mainly on the back of rand hedge stocks which advanced due to a softer rand.

The local bourse shrugged off the relatively mixed economic data out of China which showed that the world’s second largest economy grew at its slowest pace since 2009. European stocks traded mostly weaker due to this data, however on the JSE strong gains from blue chip stocks mitigated the potential downside to the local bourse. Chinese GDP YoY grew by 6.4% which was less than the forecasted 6.5%, further highlighting the concerns investors have shown due to the ongoing trade war. Retail sales and industrial production numbers did come in better than expected which perhaps helped to soften the negative impact from the weak GDP numbers. 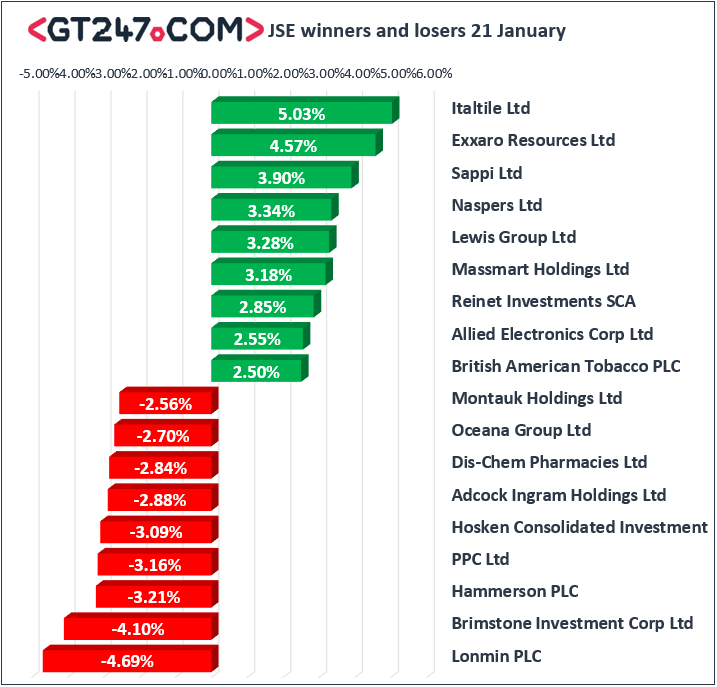 The JSE All-Share index eventually closed 0.56% firmer, while the JSE Top-40 index added 0.69%. The Financials index came under mild pressure as it shed 0.4%, however the Industrials and Resources indices gained 1.56% and 0.26% respectively.

Brent crude traded fairly mixed as it reacted to Chinese economic data. The commodity was trading 0.32% firmer at $62.90/barrel just after the JSE close.