Moderate gains for stocks as China looks to cut tariffs

The JSE closed firmer on Tuesday on the back of a mild rebound on global stocks as news broke out about the possibility of a tariff cut on US goods from China.

As negotiations between US and Chinese officials continue, the market is buoyant on the possibility of deals being concluded which will bring much needed certainty in the financial markets. The US president commented via the social media that China had agreed to cut tariffs on certain US goods, and this could be the turning point in this trade spat.

On the currency market, the US dollar remained bullish as it extended its gains against a basket of major currencies. The rand remained under pressure as a result as it slumped to a session low of R14.46 against the greenback. This weakness in the rand was also compounded by weaker South African manufacturing and mining production data which was released on Tuesday morning. At 17.00 CAT, the rand was down 0.21% to trade at R14.35/$. 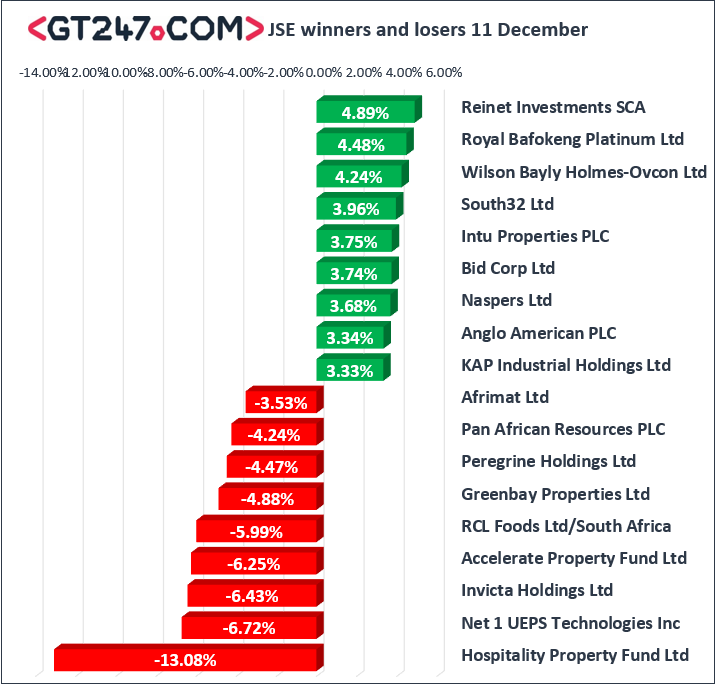 The JSE All-Share index closed 1.49% higher, while the JSE Top-40 index gained 1.84%. All the major indices managed to close firmer. The Industrials and Resources indices rose 2.02% and 1.66% respectively, while the Financials index added 0.79%.

Brent crude recouped some of the previous session’s losses which saw the commodity trading at $60.81/barrel just after the JSE close.