Stocks on the JSE edged marginally higher on Friday after a difficult week of trading in which investors shunned riskier assets due to weak economic data.

On Friday investors now shifted their attention to key jobs data out of the USA which came in a relatively mixed. The US economy managed to add 136 000 jobs in September which was slightly worse than the forecasted number of 145 000 jobs. However, the US unemployment rate fell to 3.5% from a prior recorded level of 3.7% which gave investors some glimmer of hope that the economy wasn't at the brink of collapse. This data saw US markets open firmer on the day, while the major indices in Europe also advanced. 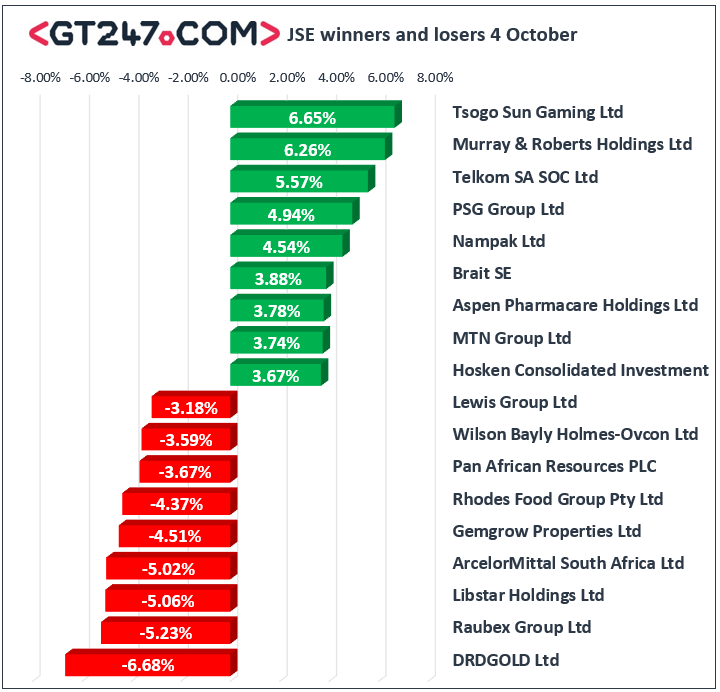 The JSE All-Share index eventually closed 0.67% firmer while the blue-chip JSE Top-40 index added 0.48%. The Resources index struggled on the day eventually closing 0.19% weaker. The Financials and Industrials indices managed to record gains of 1.32% and 0.69% respectively.

Brent crude recorded a relief bounce as it was recorded trading 1.4% higher at $58.52/barrel just after the JSE close.