Minor recovery for stocks as prior session’s laggards rebound

The JSE advanced on Friday mainly on the back of miners which rebounded following consecutive sessions of losses.

Sentiment was also positive across most of the world’s major indices as the US earnings reporting season kicked off with the release of earnings from JP Morgan. US index futures traded mostly firmer earlier which saw the US spot markets open firmer on Friday, with the S&P500 index closing in within 1% of a new all-time high. In mainland China, the Shanghai Composite Index dropped 0.22% while in Hong Kong the Hang Seng managed to gain 0.24%. In Japan, the Nikkei rose 0.73%. In Europe all the major indices advanced on the day. 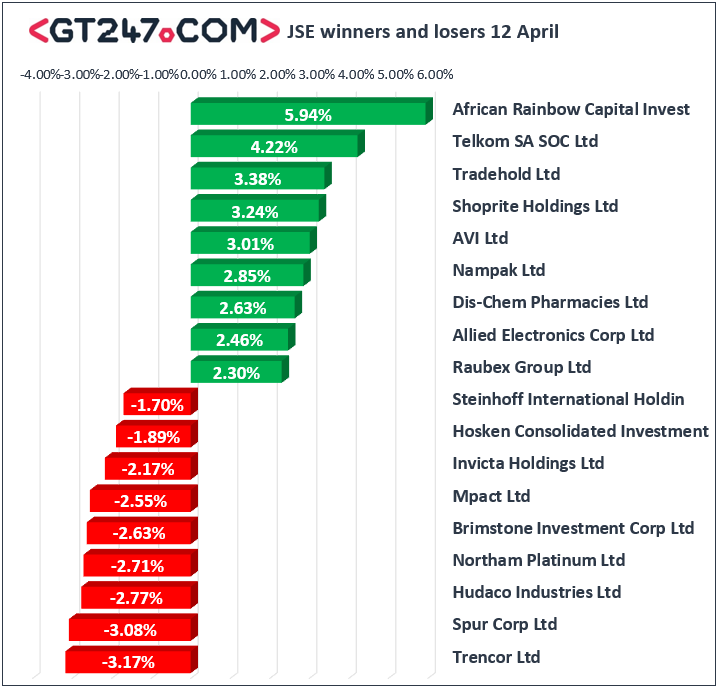 The blue-chip JSE Top-40 index eventually closed 0.38% firmer while the JSE All-Share index also added 0.38%. The Financials closed mildly weaker as it dropped 0.18% however, the Industrials and Resources indices gained 0.61% and 0.45% respectively.

Brent crude recovered after recording a minor slump in earlier trading. The commodity was trading 0.83% firmer at 71.42/barrel just after the JSE close.