Markets upbeat as US mid-term election results are announced

The JSE inched higher on Wednesday as global stocks responded positively to the results of the US mid-term elections.

Initial results from the USA indicated that the Democrats won the majority of seats in the House of Representatives while the Republicans extended their grip on the Senate. Losing the majority in the House of Representatives could become a major headwind for Donald Trump in terms of passing through some of the drastic fiscal changes which have characterised his tenure as president so far.

The US dollar traded significantly weaker as a result with investors going for relatively more riskier assets. The rand managed to strengthen below R14/$ as it peaked at a session high of R13.88/$. At 17.00 CAT, the local currency was trading at R13.97/$. 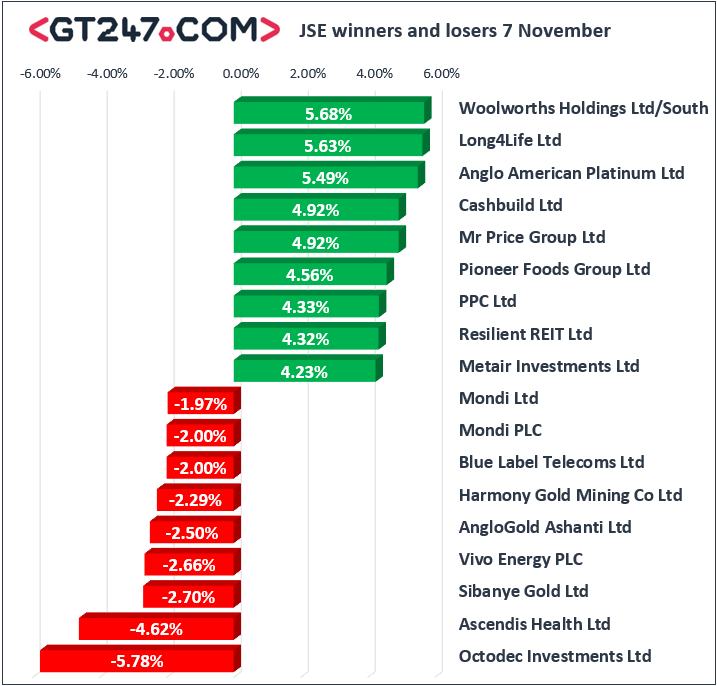 The JSE All-Share index managed to close the day 0.46 firmer, while the JSE Top-40 index gained 0.36%. The Resources index lost 0.31% however the Industrials and Financials indices gained 0.15% and 0.07% respectively.

Brent crude opened weaker, but it spiked higher after news broke out that OPEC was looking to discuss potential production cuts for 2019. From a session low of $71.63/barrel the commodity rebounded to trade at $72.75/barrel just after the JSE close.