Markets tread cautiously ahead of US Fed rate decision

The JSE retreated on Wednesday as it tracked other global markets lower ahead of the US Fed’s rate decision.

The US Fed is scheduled to announce its interest rate decision at 20.00 CAT on Wednesday, in which the Fed is widely forecasted to leave rates unchanged at 2.50%. More attention will be on the press conference which follows at 20.30 CAT as investors look for clues on the Fed’s intention to continue shrinking its balance sheet. 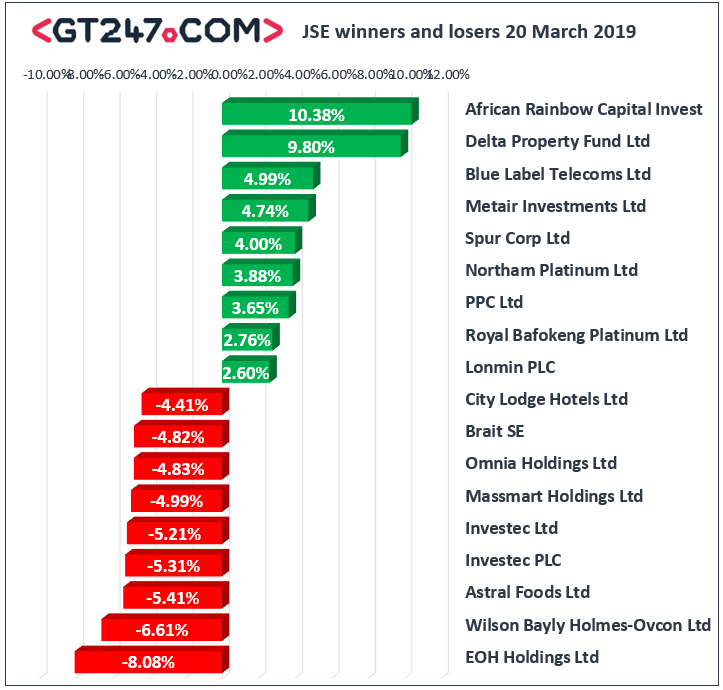 The JSE All-Share index eventually closed 1.24% lower while the blue-chip JSE Top-40 index lost 1.28%. A tough trading session ensued for all the major indices as they all closed weaker. Industrials fell 1.37%, Financials lost 1.41% and the Resources index closed 0.95% weaker.

The rand was mostly flat in today’s session, but it gained some momentum towards the JSE close as the US dollar retreated. The rand had briefly peaked at R14.36 before it was recorded trading 0.92% firmer at R14.37 at 17.00 CAT.