The JSE closed firmer on Thursday on the back of a charge led by the resources index.

All the major indices traded firmer on the day. This was despite a mixed picture in Asia where the Nikkei lost 1.37%, while the Hang Seng and Shanghai Composite Index added 0.84% and 1.62% respectively. Stocks in Europe and the USA traded mostly in the green as momentum picked up for stocks primarily on the back of a report that Donald Trump would announce oil production cuts which could help boost oil prices. Investors will now shift their attention to Friday’s US jobs data for fresher clues on the extent of the impact of the disruption caused by the spread of the coronavirus.

The rand came under more pressure in today’s session as investors dumped emerging market currencies in search of the safety-haven of the greenback. The rand was trading 1.25% weaker at R18.06/$ at 17.00 CAT, after having reached a session low of R18.65/$. 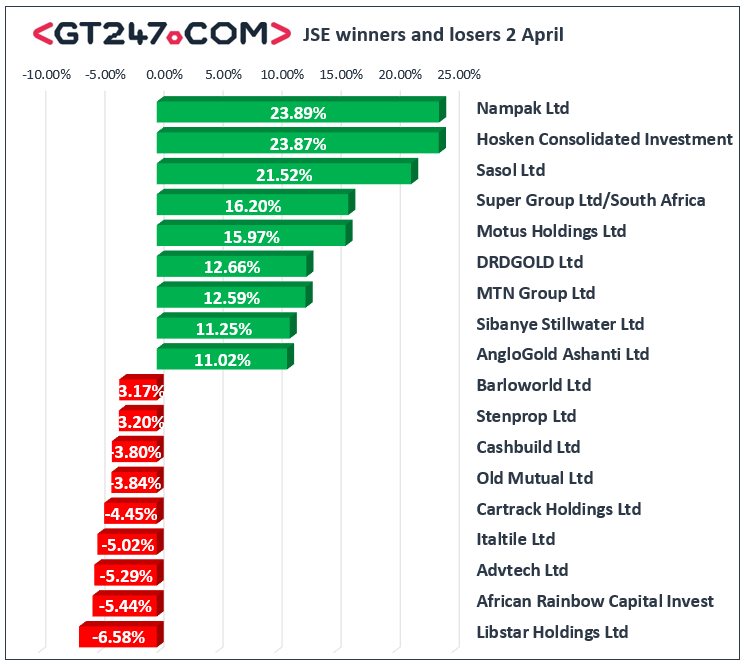 Brent crude jumped on the news of the production cut report from Donald Trump. The commodity was trading 24.01% firmer at $30.68/barrel just after the JSE close.