Some significant economic data was and is still set for release this week, as the trade disputes carried on. Brexit makes the headlines and South African growth data released.

Just as we thought things couldn’t get any worse on the trade front, it did as the United States slapped tariffs on roughly $110 billion of Chinese imports on Sunday. The Chinese retaliated with higher tariffs on around $75 billion of U.S goods.

Major Indices moved lower on Tuesday as data showed the manufacturing sector also contracted for the first time since 2016. The Non-Farm Payrolls number is scheduled for release this Friday which might add on to the global fears of a pending U.S recession as the number might not impress.

Looking at the Wall Street 30 Index we can see that the price action is pushing higher and a close above the 26430-resistance level might signal the bulls are taking control. The 50-day Simple Moving Average (SMA) (blueline) should be taken note of as it can also act as a resistance. 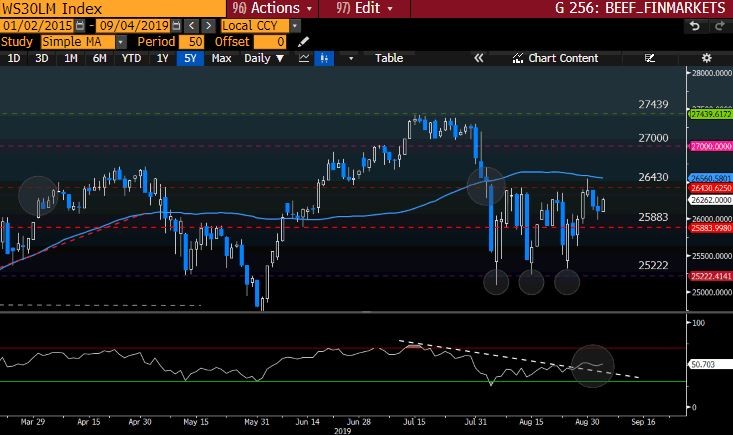 The trade disputes weren’t the only thing that captured the highlights this week as the Brexit debacle deepens as the newly elected Prime Minister Boris Johnson called for a snap general election. The Prime Minister was defeated before it really started as one of his own Tory MPs defected to join the Liberal Democrats. Hours later, PM Johnson’s first test in a Commons vote ended in a heavy and damaging defeat.

The British Pound has fallen to a near three year low on Tuesday as the PM Johnson’s showdown with parliament over a no-deal Brexit which saw sterling trade below $1.20.

The cable rate has been trading in a descending channel for a couple of months as the Brexit ordeal intensified. Until a positive resolve can be met by the U.K government we might see more downside for Sterling in the weeks to come. 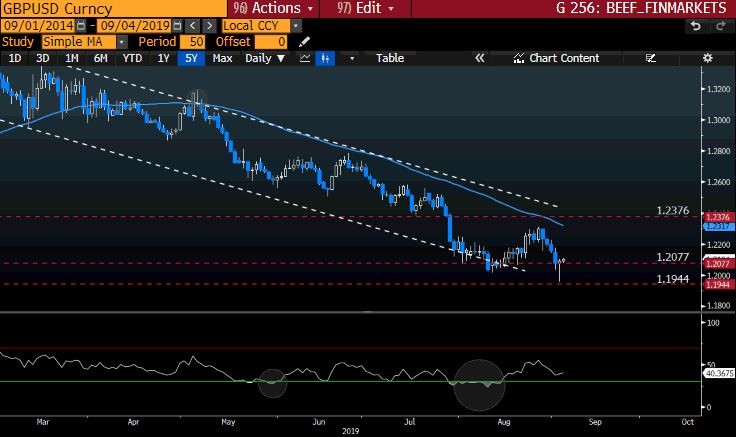 Locally the Gross Domestic Product numbers were released and surprised to the upside as SA GDP growth rate YoY increased 0.9% from expected 0.8%. and the growth rate QoQ increased significantly buy 3.1% from the expected 2.4%.

The South African Rand (ZAR) has gained from the growth numbers released but is still in a fragile state and needs to close below the significant R15.00/USD level. 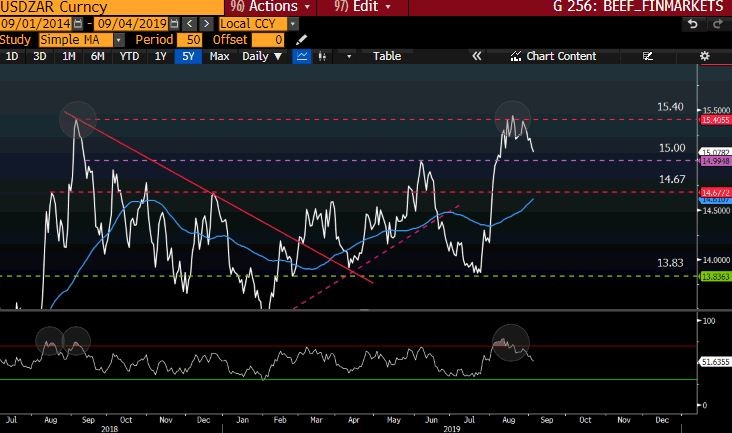