Confusion continues, since our last report as the U.S-China trade negotiations carry on into another month of uncertainty.

Jackson Hole was at the scene of yet another tit-for-tat in tariff increases by both the Chinese and the United States, which sent markets tumbling down. Both sides downplayed the escalation at the recent G7 summit, as Trump softened his approach to China.

The growth outlook on the global economy is still very much a focal point, and the U.S-China trade escalations are not doing anyone any favours. The latest German GDP has indicated that the Year-on-Year growth has contracted, which has sparked recession fears once more for the Eurozone.

Looking at the CNNBusiness Fear and Greed Index, we can see that market participants are still experiencing extreme levels of fear now. The index is indicating Extreme Fear in the markets currently, which can be expected as a “Tweet” can change the direction of the wind at any time.

The Yield curve is still on the menu this week as it finally looks like the famed U.S 2 and 10-year Treasury Yields are done with flirting with inversion and are now committed to the move lower. It should be noted that the yield curve often inverts before a U.S. recession.

The major markets also started to move lower with the major U.S Indices erasing gains made earlier on Tuesday and closed down for the day. 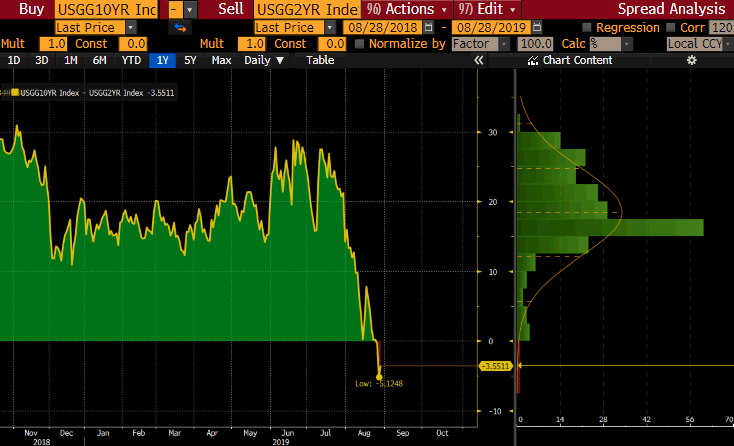 Falling Bond Yields does not only have a direct impact on the markets but are also affecting the Pension Funds of retirees. It is reported that Pension Funds in the United States are forced to buy bonds that offer negative returns which put the security of retirees in jeopardy.

It is also notable now that the 3 month and 10-year Treasury Yields are more invested now than they were back in 2007. 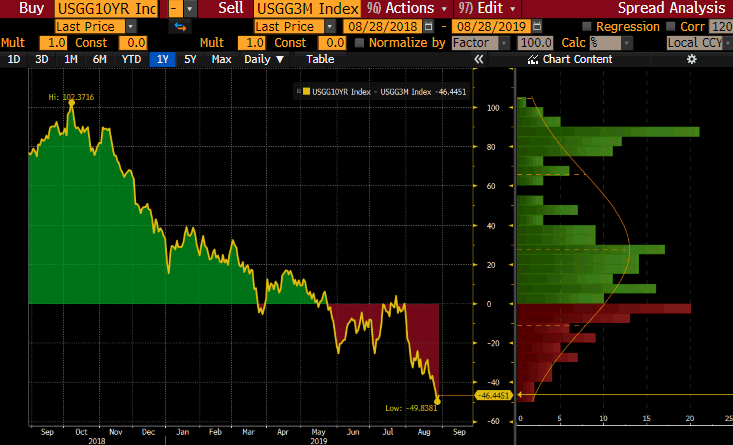 The S&P 500 has been feeling the brunt of the “failed” trade negotiations and is consolidating between the 2942 resistance level (pink dotted line) and the 2803 support level. The trend is still down as the Relative Strength Index (RSI) is heading towards oversold levels. 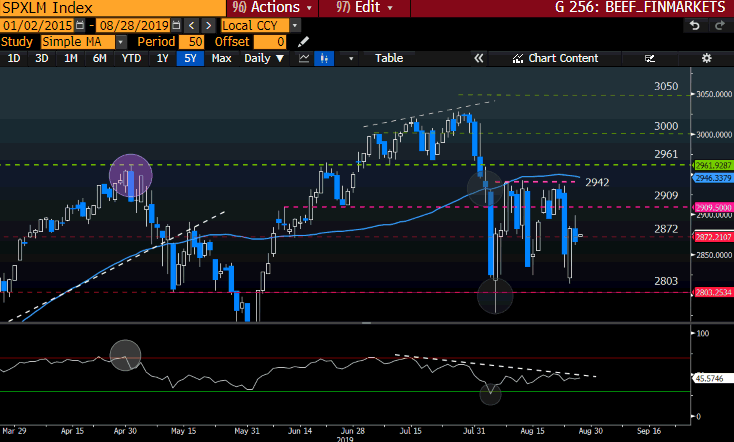 More downside might be on the cards for the S&P500 as global recession fears become a reality due to political uncertainty and the global economic slowdown. Looking closer at the Bloomberg U.S Recession Probability Index, the probabilities of a U.S Recession are increasing. 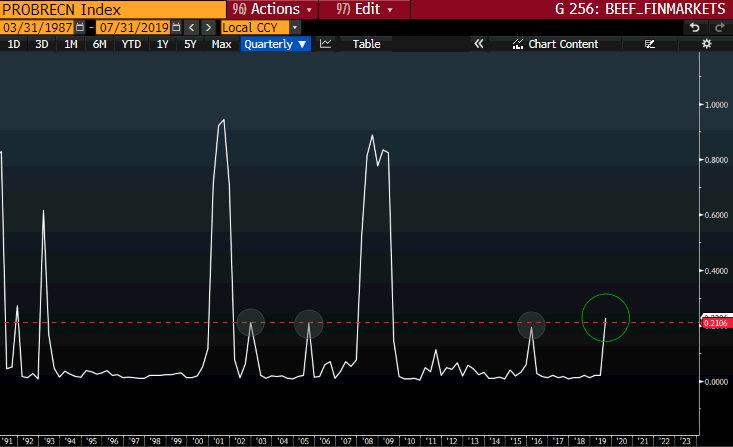