Global markets gained significantly on Wednesday as the U.S and China extend olive branches ahead of trade talks. Markets in Asia rallied to 6-week highs from the renewed gestures from the U.S and China and on expectations that the ECB might start monetary easing.

U.S. President Donald Trump agreed to delay an additional increase in tariffs on Chinese goods by two weeks at the request of China's Vice Premier Liu He "as a gesture of goodwill. This gesture was positive for talks moving forward, which might see the now-famous tit-for-tat trade disputes between the two nations come to an end.

Markets reacted to the upside with the S&P 500 closing higher by 0.72% on Wednesday as U.S Treasuries weakened due to the rise in risk apatite.

Technical points to look out for on the S&P500:

Moody's has the country abuzz as the rating agency has published a research report on the impact of load shedding on SA's municipalities and metropolitan areas. The great thing about the report was that it does not imply that Moody's will take any action with its ratings outlook on SA.

But did state that failure to implement policies to narrow the gap could push the debt-to-GDP ratio, including guarantees to Eskom, above 70% in the "medium term." – Fin24

Technical points to look out for on the USDZAR currency pair: 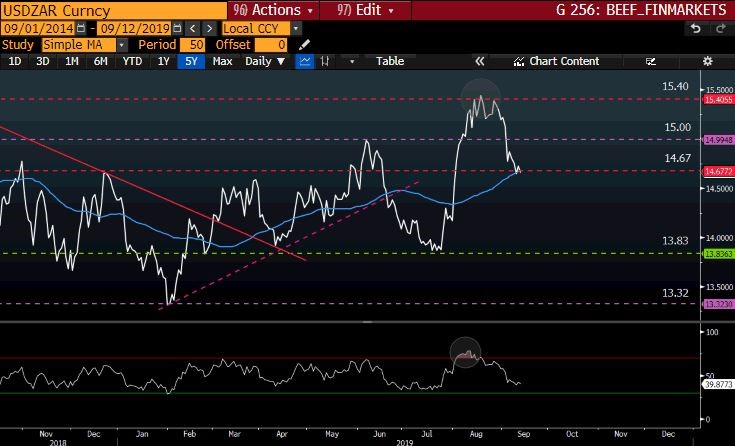