The JSE weakened on Tuesday primarily due to concerns that a downgrade from Moody’s is now a high probability given its downward revision of South Africa’s growth forecast.

Weakness was not only limited to the local bourse as global markets also retreated on the back of concerns that the coronavirus would have much bigger impact on global growth. This was ignited by tech giant Apple Inc which flagged that it would miss sales forecasts due to the closure of most of its suppliers’ factories in China. BHP Group also indicated that it expected slower growth in the coming reporting periods should the virus continue to have the current impact on productivity.

Global stocks were trading softer across all the major economic hubs including the USA which resumed trading following a holiday on Monday. Local investors shift their attention to SA inflation numbers which are expected to be released on Wednesday at 10.00 CAT.

The rand remained mostly softer in today’s session as emerging market currencies continued to sell-off. The local unit reached a session low of R15.08/$ before it was recorded trading 0.28% weaker at R15.02/$ at 17.00 CAT. 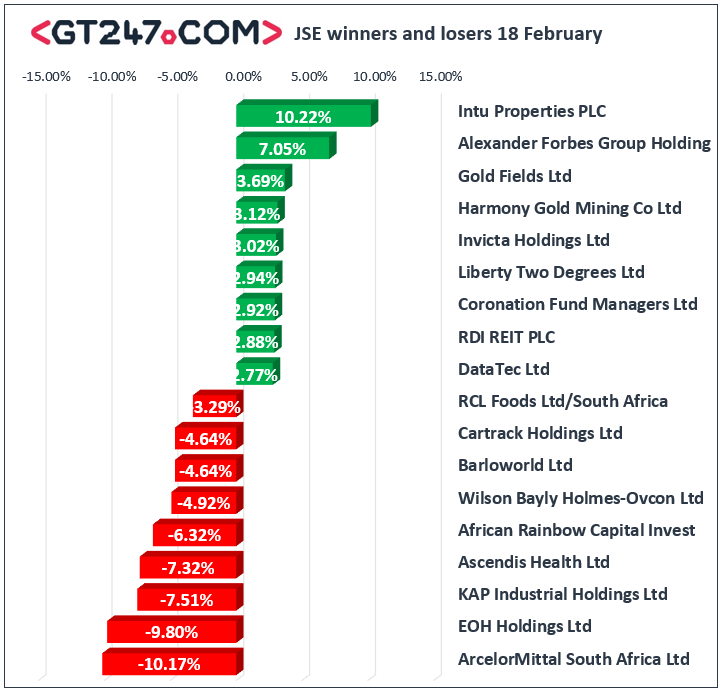