Local stocks retreated on Friday led mainly by declines by some of the blue-chips on the industrials index.

Stocks declined on the Hang Seng with the biggest impact for the JSE being Tencent Holdings which has registered consecutive declines throughout this trading week. The Nikkei and Shanghai Composite Index managed to close 0.22% and 0.67% higher respectively. Stocks in Europe recorded modest losses except for the CAC 40 which inched higher on the day. US stocks were moderately firmer as they slowly inched towards their all-time highs. 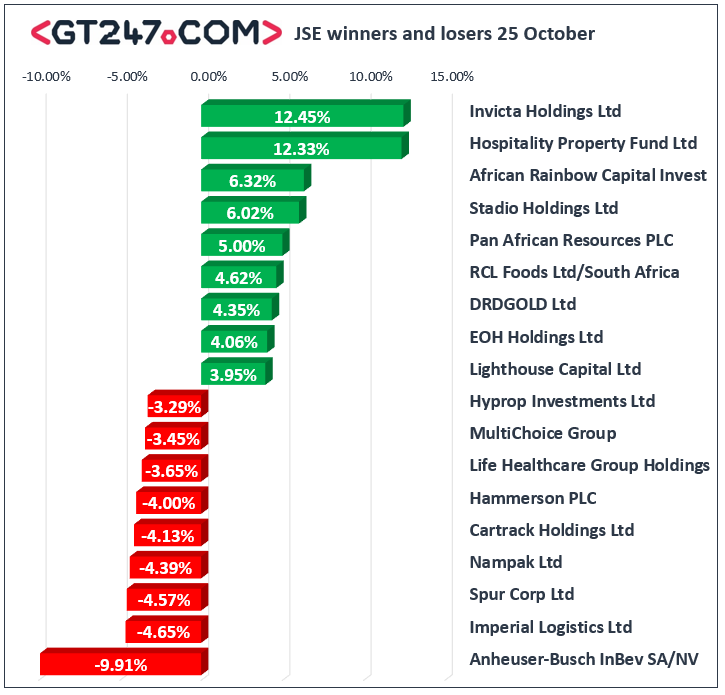 The blue-chip JSE Top-40 index closed 0.54% lower while the broader JSE All-Share index lost 0.67%. The Resources index was the only major index to advance as it closed 0.47% firmer. The Industrials and Financials indices lost 1.53% and 0.39% respectively.

Brent crude was little changed from its overnight trading range. It was trading 0.1% softer at $61.61/barrel just after the JSE close.