The rebound in global stocks was primarily on the back of a jolt in crude oil prices following extensive declines since Monday. Strong gains were primarily recorded in Europe and the USA where stocks rose by more than 1% on average. The outlook was rather mixed in Asia where the Nikkei shed 0.74%, while the Shanghai Composite Index and the Hang Seng inched up 0.82% and 0.42% respectively. 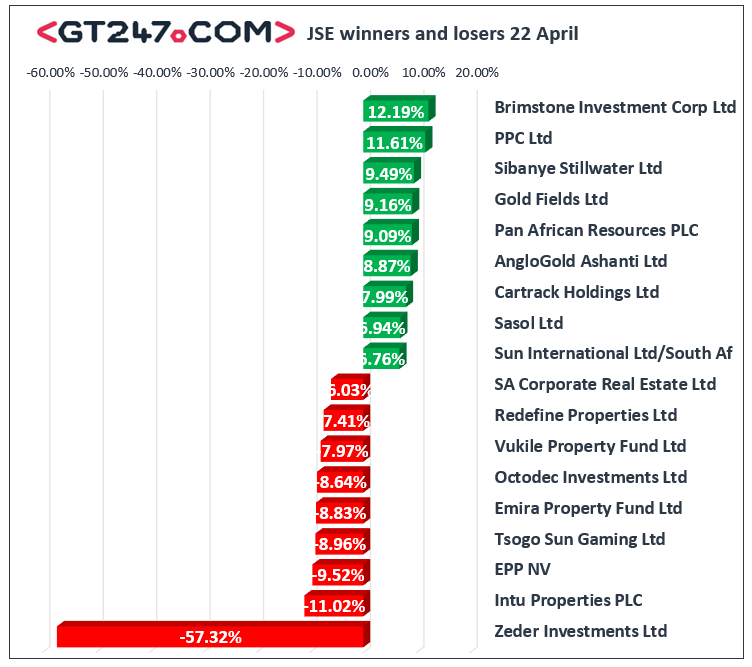 The JSE All-Share index eventually closed 1.01% firmer while the JSE Top-40 index gained 1.17%. The Financials index came under pressure as it lost 1.15%, while the Industrials and Resources indices gained 0.54% and 3.14% respectively.

The recovery in brent crude prices saw the commodity trading 7.04% higher at $20.69/barrel just after the JSE close.