The JSE tracked the trend in Asian markets trading earlier as it closed softer on Monday.

Sentiment was mostly bearish on the local bourse with losses being recorded across all the major indices. The weaker rand also saw rand sensitives retreat on the day with the financials index struggling the most amongst the majors.

The greenback strengthened against a basket of major currencies which saw it peak as high as 99.46 index points on the US dollar index. Resultantly, emerging market currencies including the rand retreated on the day. The rand fell to a session low of R15.22/$ before it recouped marginally to trade at 0.1% softer at R15.16/$ at 17.00 CAT. 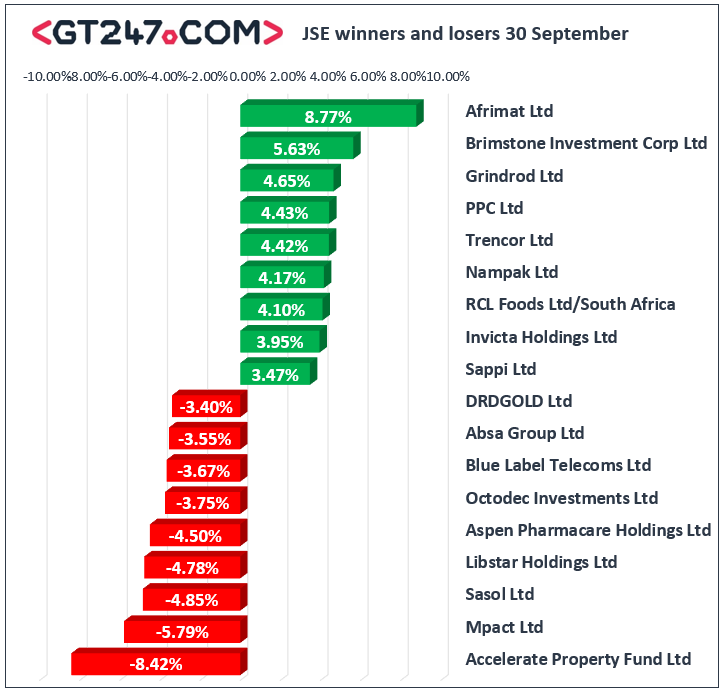 The JSE Top-40 index eventually closed 0.7% lower while the broader JSE All-Share index lost 0.69%. The biggest casualty of the day was the Financials index which lost 1.41%, while the Industrials and Resources indices lost 0.5% and 0.42% respectively.

Brent crude fell as supply fears subsided following news that Saudi Arabia was not considering war against Iran over the oil pipeline attack. The commodity was trading 0.57% lower at $60.69/barrel just after the JSE close.