The JSE bucked the trend in other global markets to close firmer on Tuesday, mainly on the back broad-based gains across the bourse’s major indices.

Asian equities struggled as the US-China trade talk infused bull run seemed to take a breather. The Japanese Nikkei retreated 0.37% while in Hong Kong, the Hang Seng pulled back by 0.65%. The Shanghai Composite Index fell 1.2%. In Europe, the trend was also mostly lower as the major bourses tracked Asian equities. 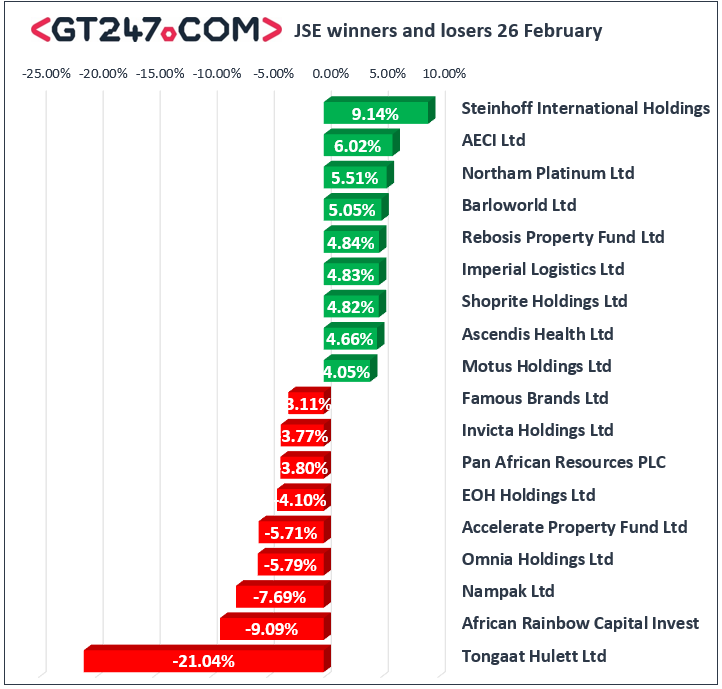 The blue-chip JSE Top-40 index closed 0.66% firmer, while the broader JSE All-Share index added 0.65%. All the major indices recorded gains on the day. The Industrials index added 0.58%, while the Resources and Financials indices gained 0.79% and 0.67% respectively.

Brent crude was mildly firmer to trade 0.66% firmer at $65.19/barrel just after the JSE close.