The JSE swung into gains in the afternoon session on Friday to close firmer on the day and up on the week as well.

Global markets were still relatively upbeat following news from Thursday which highlighted that the USA and China were planning to hold high-level talks next month. Focus in today’s session was on economic data from the USA which released its monthly jobs data. According to the Non-Farm Payrolls data released this afternoon, the US economy managed to add 130 000 jobs in August which fell short of the anticipated 160 000 jobs. US markets opened lower as a result with market participants forecasting for bigger interest rate cuts in future given the disappointing job number.

On the currency market, the US dollar retreated against a basket of major currencies as indicated by the US dollar index. Emerging market currencies advanced as well which saw the rand peak at a session high of R14.71/$. At 17.00 CAT, the rand was trading 0.85% firmer at R14.74/$. 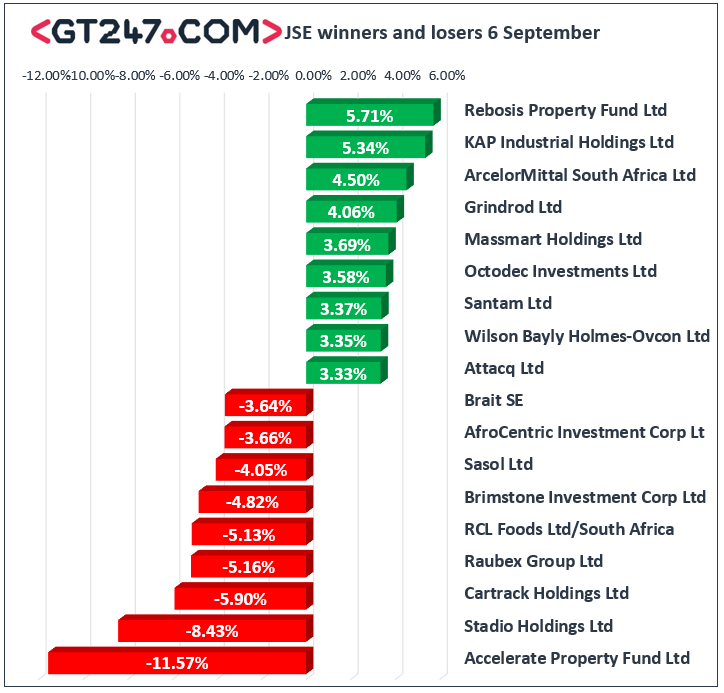 Brent crude retreated on the back of increased output from OPEC which saw the commodity being recorded trading 1.05% softer at $60.37/barrel just after the JSE close.