The JSE pared earlier losses and climbed towards the close to eventually close firmer on Friday.

The local bourse got off to weaker start despite moderate gains in Asian markets in earlier trading. The Japanese Nikkei and the Shanghai Composite Index managed to rise 0.16% and 0.29% respectively, however the Hang Seng retreated 0.13%. In Europe and the USA stocks traded mostly firmer on the day.

Global sentiment remained mostly bullish primarily on the back of looser monetary policy stances from the world’s biggest central banks which are aimed at stimulating growth in a slowing global and domestic economies. However, focus should shift back to the trade war between China and the USA as negotiators embark on a fresh round of talks to bring some resolutions to the protracted escalations.

The rand retreated on the day as it was weighed down by a firmer greenback. At 17.00 CAT, it was trading 0.8% weaker at R14.93/$ as it showed signs for further weakness. 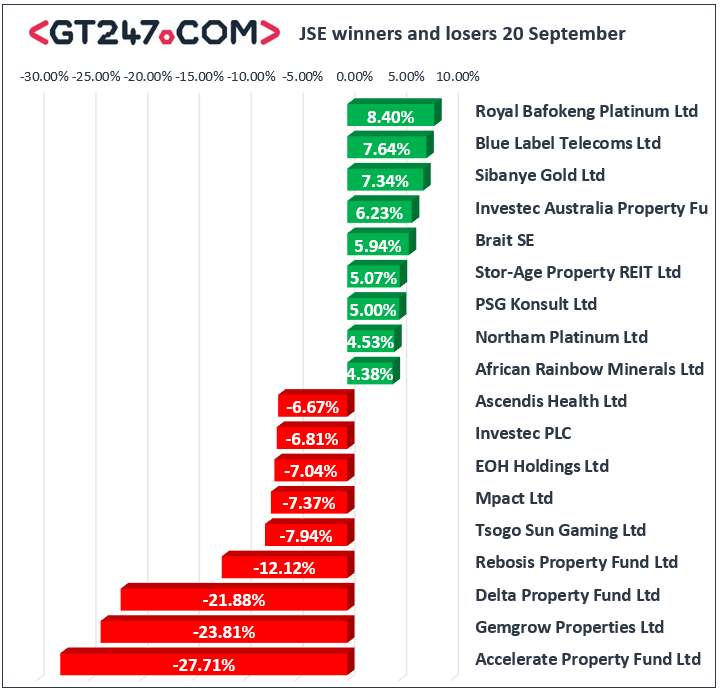 The JSE All-Share index eventually closed 0.58% firmer while the JSE Top-40 index added 0.56%. The Financials index lost 1.37%, however the Resources and Industrials indices managed to post gains of 1.06% and 0.92% respectively.

Brent crude continues to trade mixed and it was recorded trading 0.45% firmer at $64.70/barrel just after the JSE close.