A muted session ensued for the JSE on Friday as the local bourse struggled to gain significant momentum in either direction.

With no economic data being released locally the all-share index turned to global markets for direction. The outlook was mixed in most global markets starting off in Asia where the Hang Seng and Shanghai Composite Index gained 0.31% and 0.7% respectively, while the Nikkei shed 0.59%. In Europe, the German DAX eventually turned green despite disappointing GDP data that was released earlier, while the other main European benchmarks traded mildly softer. In the USA, the Dow Jones opened marginally firmer while the S&P500 and Nasdaq traded softer.

On the currency market, the rand strengthened against the greenback to a session high of R14.83/$ as emerging market currencies recovered from consecutive sessions of weakness. At 17.00 CAT, the rand was recorded trading 0.62% firmer at R14.85/$. 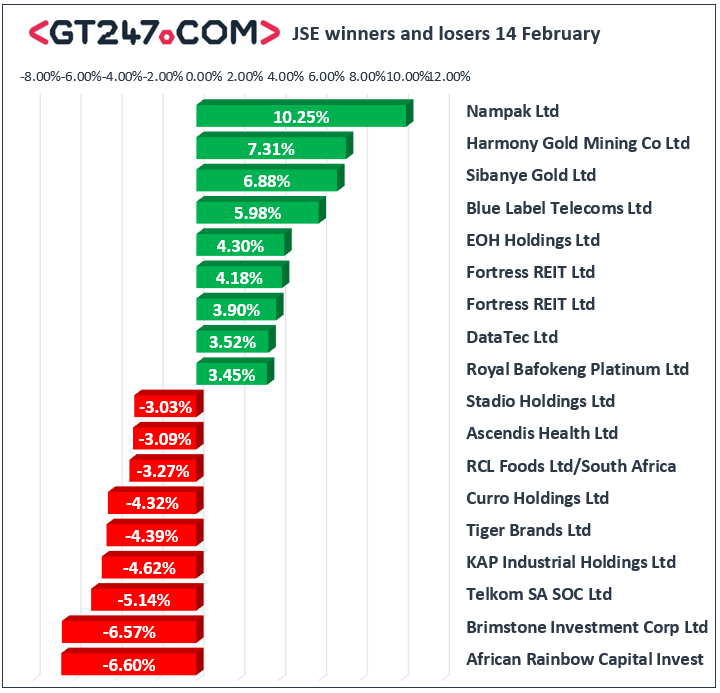 The JSE All-Share index eventually closed 0.16% firmer while the blue-chip JSE Top-40 index inched up 0.1%. The Industrials index was unchanged on the day, while the Resources and Financials indices gained 0.27% and 0.15% respectively.