The JSE closed marginally firmer on Thursday following a rather mixed session where the index struggled initially. 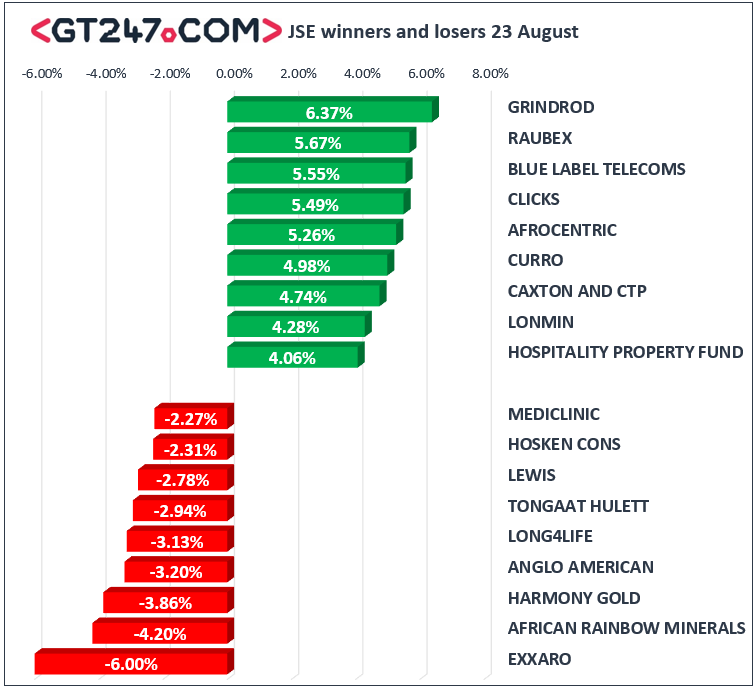 Woolworths [JSE:WHL] was the main talk of the day following the release of its full-year earnings results. The company reported a decline of 13.8% in adjusted profit before tax with a notable decline in income of 49.4% being recorded in the Australian subsidiary, David Jones.  The stock slipped to a session low of R48.01 before rebounding to close at R50.60 per share, down 1.84% on the day.

Massmart’s [JSE:MSM] half-year results also disappointed as the company reported a decline of 19.5% in trading profit before interest and tax, and it also declared a lower dividend compared to the corresponding period’s dividend. The stock lost 0.23% to close at R110.75 per share.

The JSE All-Share index held on to its gains eventually ending the day 0.14% firmer, while the JSE Top-40 index added 0.13%. The Resources index struggled to close 1.13% weaker. The Industrials and Financials indices added 0.56% and 0.43% respectively.

The rand pulled back against the greenback following Donald Trump’s comments on South Africa as well as a stronger US dollar. The local currency weakened to a session low of R14.44/$ before retracing to trade at R14.28/$ at 17.00 CAT.

Brent crude pulled back marginally following yesterday’s jump. The commodity was trading 0.08% weaker at $74.72/barrel just after the JSE close.