The JSE erased earlier gains to close softer on Thursday after a reversal in index heavyweight Naspers as well as most counters on the resources index.

The local bourse did open firmer as it tracked Asian markets which had a buoyant session on Thursday. This was also aided in part by Tencent Holdings which closed 1.09% firmer on the Hang Seng, which saw Naspers open firmer in Johannesburg. In Japan the Nikkei closed 1.19% firmer, while in mainland China and Hong Kong the benchmark indexes rose 1.07% and 1.42% respectively.

The turnaround on the JSE was triggered by the stronger rand which rallied to a session high of R14.13/$. This resulted in rand hedge stocks weakening including miners which fell on the back of lower rand-denominated metal commodity prices. The rand was trading recorded trading 0.57% firmer at R14.14/$ at 17.00 CAT. 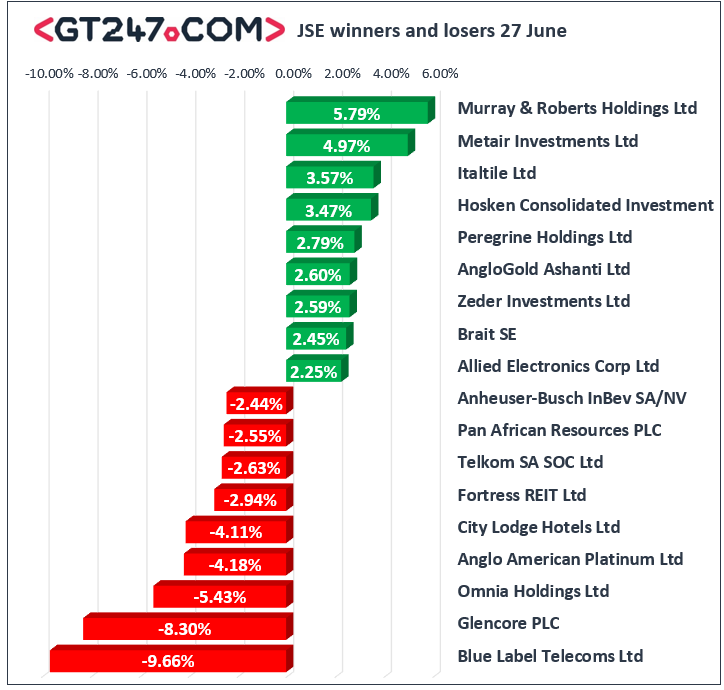 Brent crude was a touch softer from its overnight highs as it was recorded trading 0.18% weaker at $65.55/barrel just after the JSE close.