The JSE closed weaker on Thursday as investors sort for clues on the implication of the latest world economic outlook report from the International Monetary Fund, which painted a rather gloomy picture for both local and global growth. 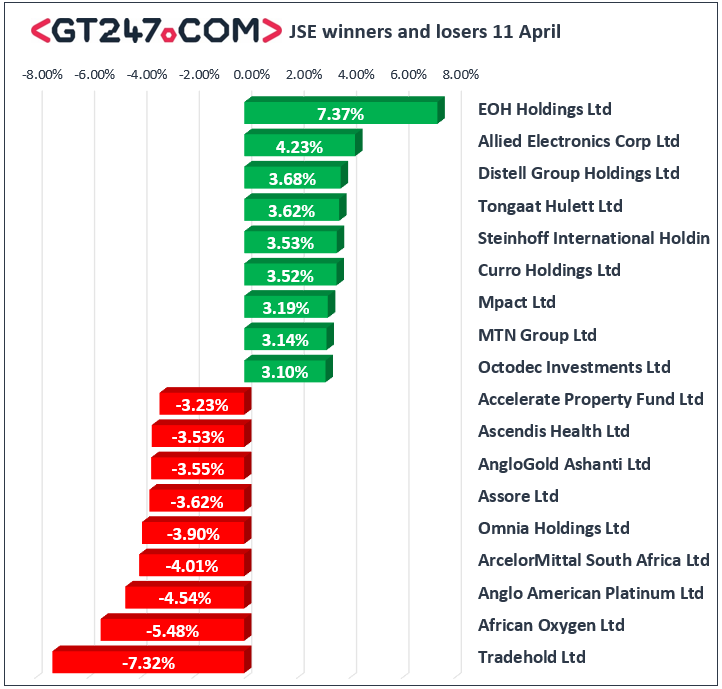 Brent crude traded mostly weaker on the day as it fell to a session low of $70.85/barrel before rebounding to trade 0.64% weaker at $71.24/barrel just after the JSE close.