The JSE closed weaker on Thursday as markets paused while awaiting fresh clues from the ongoing trade talks between China and the USA.

There was disappointment in Europe following the release of German Factory Orders data which contracted by 4.2%, which missed the widely forecasted growth of 0.3%. This further highlights the prudence of the ECB’s decision to continue with its liquidity stimulus program after it warned of slowing growth in its previous policy meeting. Trading in Asia and Europe was mixed but, in the US, the major indices managed to open firmer following gains led by a Boeing and Caterpillar. The US Non-Farm Payrolls numbers slated for release on Friday could provide markets with a potential catalyst for significant volatility.

The rand held steady in today’s session as it traded mostly flat. This was also supported by the lukewarm US dollar which was range bound within a narrow trading range. The rand briefly weakened to a session low of R14.22/$ before it was recorded trading 0.26% firmer at R14.11/$ at 17.00 CAT. 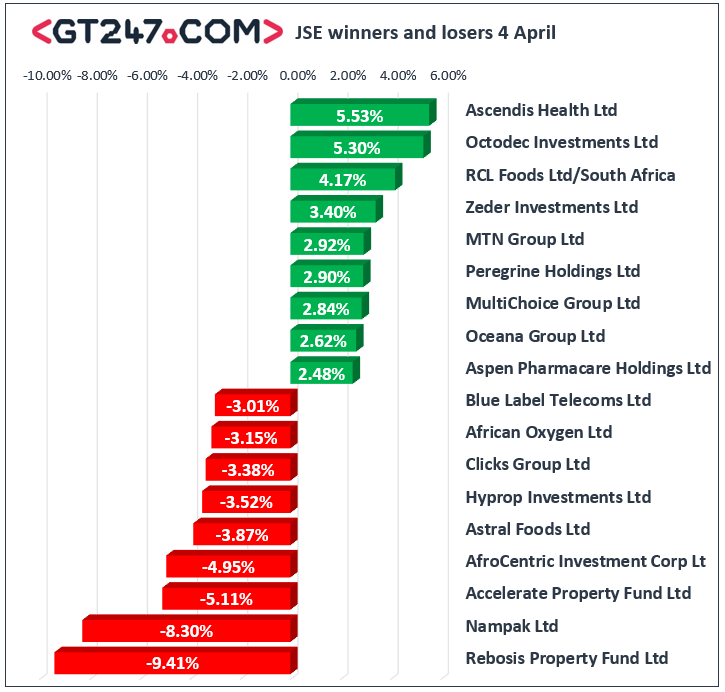 The blue-chip JSE Top-40 index eventually closed 0.37% weaker, while the broader JSE All-Share index lost 0.39%. All the major indices retreated in today’s session. The Resources index was the biggest loser as it dropped 1.37%, while the Financials and Industrials indices lost 0.14% and 0.02% respectively.

Trading in brent crude was mixed in today’s session but the commodity did not breach $70/barrel. It was trading 0.01% firmer at $69.32/barrel just after the JSE close.