The JSE eventually closed firmer following a mixed session in which the all-share index swung between gains and losses.

The local bourse shrugged off the downward trend recorded in most global markets which reeled following the release of news that there were more cases of the coronavirus infection than what had been initially reported. The US Fed has indicated that it is closely assessing the potential impact to growth that could stem from the epidemic, while in China measures such as reserve requirement cuts have been taken to bump up liquidity in the markets.

The rand had a mixed session which saw it trade mostly weaker before briefly swinging into positive territory against the greenback towards the JSE close. At 17.00 CAT, the rand was trading 0.17% weaker at R14.87/$. 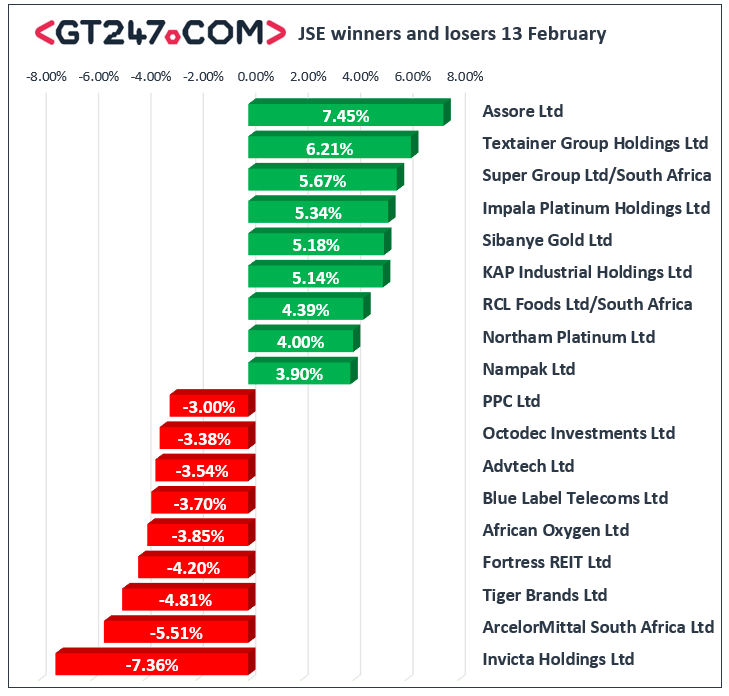 The JSE Top-40 index eventually closed 0.08% firmer while the JSE All-Share index inched up 0.12%. The Financials slipped to close 0.27% softer, however the Industrials and Resources indices managed to gain 0.09% and 0.36% respectively.

Brent crude remained resurgent as it was recorded trading 0.93% higher at $56.31/barrel just after the JSE close.