The JSE closed weaker on Thursday as it tracked other global markets lower as the equity sell-off deepened after the US Fed hiked rates.

Markets were spooked by the Fed’s chair’s comments over the unwinding of quantitative easing which has been in place since the end of the financial crisis in 2009. With the ECB having effectively ended its own version of quantitative easing, this could be the end of what has been deemed cheap money in the global economy. The fall in US Treasury yields has further ignited investors’ concerns about the high probability of a recession should the yield curve invert. 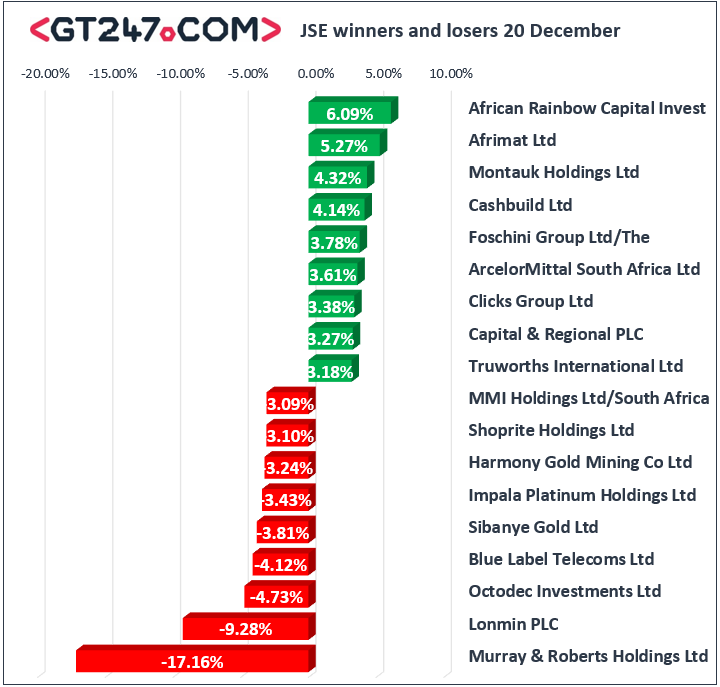 The JSE All-Share index closed the day 0.43% softer, while the JSE Top-40 index weakened by 0.4%. The Financials index only managed to close flat, however the Industrials and Resources indices weakened by 0.41% and 0.72% respectively.

After weakened significantly overnight, the rand recovered in today’s session as the US dollar eased. The rand peaked at a session high R14.17/$ before retracing to trade at R14.21/$ at 17.00 CAT.

Brent crude prices continue to slip and in today’s session the liquid fell to a session low of $64.64/barrel. The commodity rebounded to trade 2.8% weaker at $55.64/barrel just after the JSE close.