The JSE closed softer on Wednesday following a session where the index was trading mostly in the red.

The All-Share index was set for some significant volatility as Tencent Holdings released its 3rd quarter earnings earlier on. The earnings numbers from Tencent Holdings beat analysts’ expectations which resulted in Naspers reversing its losses to trade firmer on the day. The All-Share index also surged on the back of these earnings, but the rebound came up short as the index closed weaker. 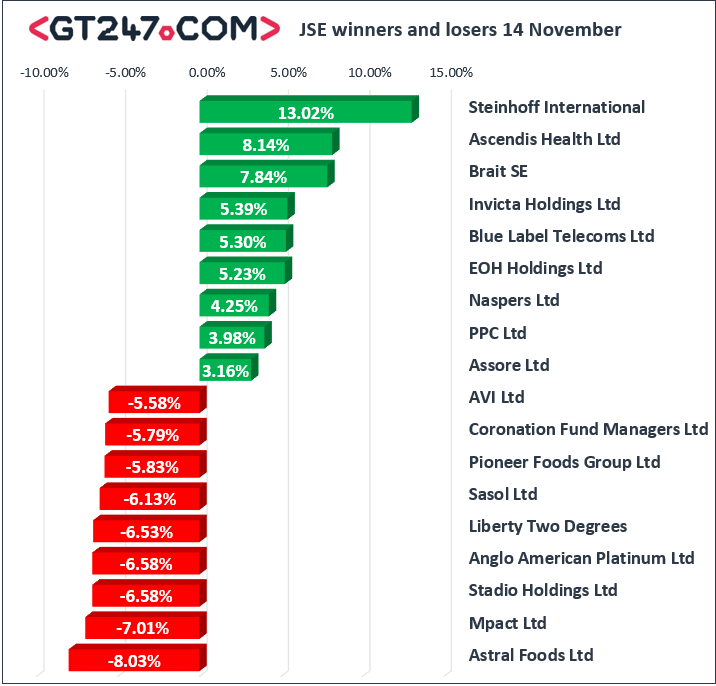 Following the shockwaves sent by the oil price free fall on Tuesday, the commodity inched higher in Wednesday’s session. The commodity was trading 2.09% firmer at $66.84/barrel just after the JSE close.