The JSE started the week on the backfoot as it followed the trend in global equities which traded mostly weaker due to concerns over the US-China trade war.

Sentiment remained fragile as concerns over weak Chinese and US economic data signalled a possible slowdown in the two of the world’s biggest economies. The arrest of one of Huawei executives by the USA in Canada has also ignited worries of potential cracks on the possibility of a deal between the two global powers. This in conjunction with falling US Treasury yields is resulting in investors shunning riskier assets in favour of assets considered to be safe-havens.

The US dollar remained buoyant which did not bode well for the rand as it slumped to a session low of R14.37 against the greenback. The local currency was trading 1.22% weaker at R14.33/$ at 17.00 CAT.

In Asia, the Nikkei fell 2.12% while the Shanghai Composite Index and the Hang Seng dropped 1.16% and 1.19% respectively. There was weakness across all of Europe’s major equity indices while US futures were also pointing lower before the cash market opened. 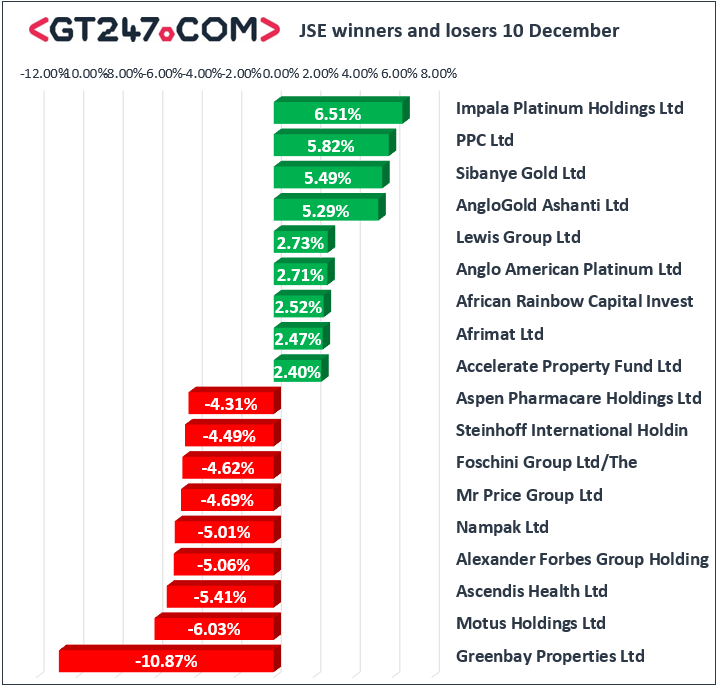 The JSE Top-40 index eventually closed the day 1.24% weaker, while the broader JSE All-Share index dropped 1.15%. The Resources index was the only index which closed firmer after it gained 0.14%. The Industrials and Financials indices fell 1.68% and 1.62% respectively.

Brent crude retreated in today’s session which saw it trading 1.67% weaker at $60.64/barrel just after the JSE close.