The JSE retreated on Monday as global markets traded mostly mixed as markets sort a catalyst for direction.

In Asia, the Shanghai Composite Index lost 0.33% while the Hang Seng also dropped 0.33%. The Japanese Nikkei stood out as it rallied 1.37%. Equity indices in Europe traded mostly flat while US futures pointed lower after less than impressive earnings from Wall Street giants Goldman Sachs and Citigroup.The US dollar remained under mild pressure mainly on the back of the firmer euro. The rand did manage to firm to a session high of R13.89/$ before it relinquished those gains to trade 0.52% weaker at R14.02/$ at 17.00 CAT. 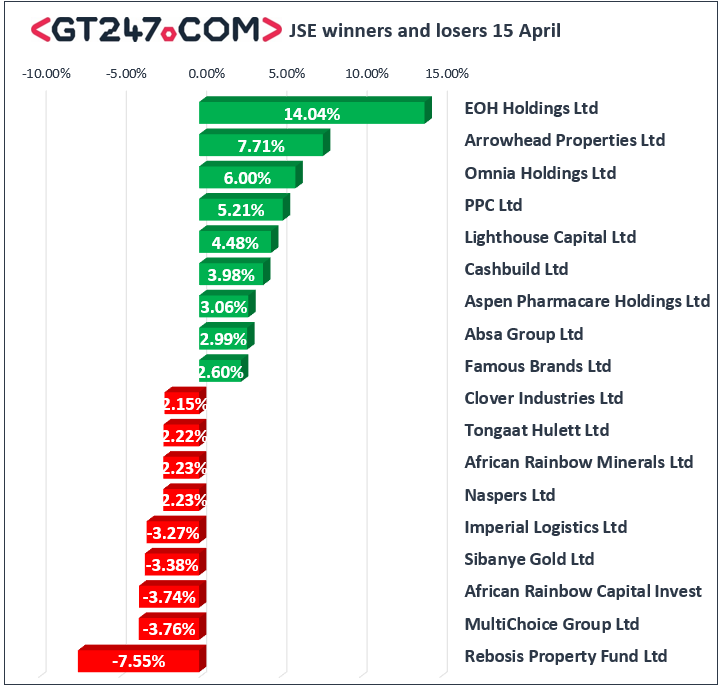 The JSE All-Share index eventually closed 0.27% weaker while the blue-chip JSE Top-40 index dropped 0.35%. The Financials index managed to gain 1.14% however the Industrials and Resources indices fell 0.68% and 0.53% respectively.