The JSE closed weaker on Thursday as emerging markets retreated ahead of the US Fed interest rate decision.

JSE-listed heavyweights dragged the All-Share index as profit taking kicked in following the rallies recorded recently. There was also disappointment in terms of local economic data following the release Mining Production data for the month of September.  YoY Mining Production fell by 1.8% but this was slightly better than the forecasted slump of -3.4%, however there was an improvement MoM as production increased by 1.2% from a prior contraction of 1.2%. 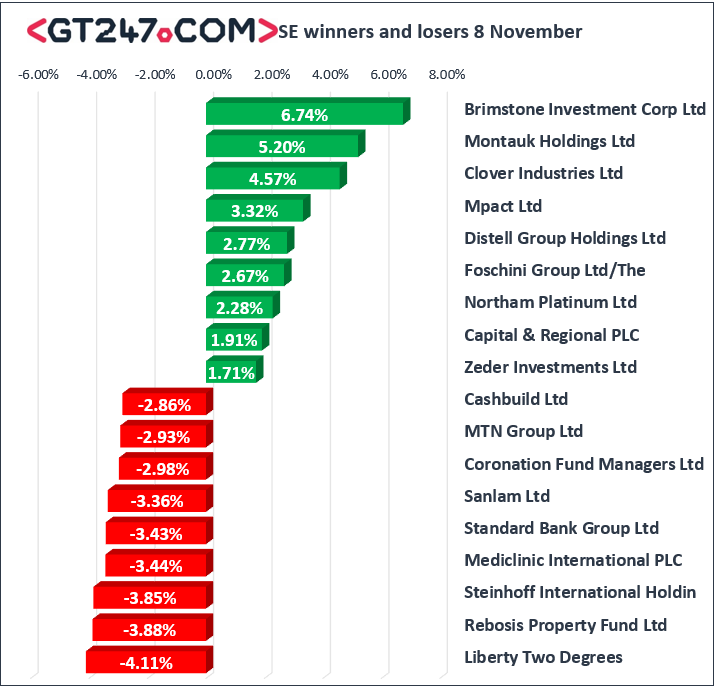 The JSE All-Share index fell by 1.16% while the blue-chip Top-40 index closed 1.36% weaker. The Resources index managed to eke out gains of 0.07% however, the Financials and Industrials indices lost 1.7% and 1.69% respectively.

Brent crude retreated overnight after the release of US crude oil inventories data. The commodity was trading 0.85% weaker at $71.46/barrel.