The JSE fell on Wednesday as it tracked other global stocks lower as pessimism emanating from low manufacturing data spread.

With the Chinese markets still closed for a holiday, the Hang Seng and Nikkei lost 0.19% and 0.49% respectively as they reacted to worse than expected US economic data. European counters recorded significant losses as risk aversion saw investors dump stocks in search of safe-haven assets such as gold and treasury bonds. In the USA, stocks opened at their lowest level in over a month as investors ran. With no economic data coming out locally in today’s session, the JSE tracked this overall global sentiment.

On the currency market, emerging market currencies traded under pressure in earlier trading primarily on the back of US dollar strength, before a change in fortunes for the greenback saw most of them pare their losses. The rand slumped to a session low of R15.40 before it recouped all its losses to trade 0.38% firmer at R15.26/$ at 17.00 CAT. 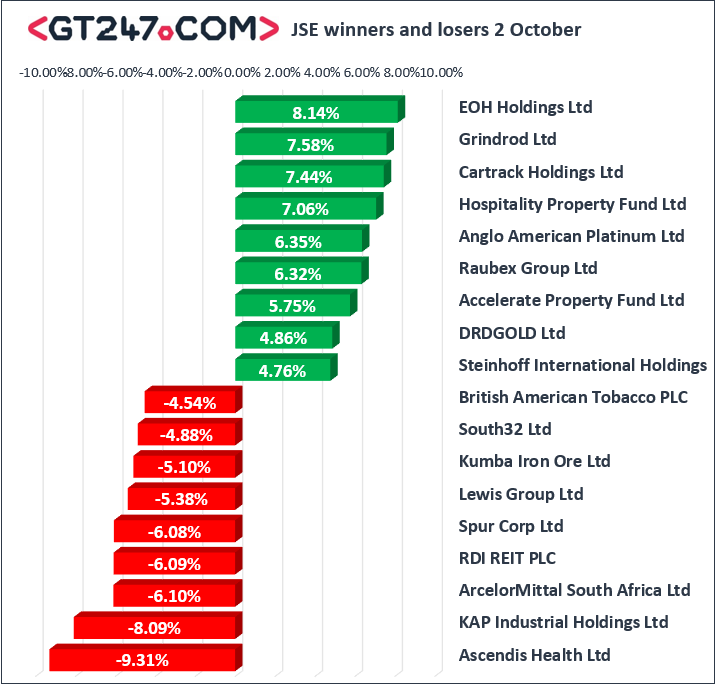 Brent crude slipped further in today’s session as it was recorded trading 1.9% weaker at $57.77/barrel just after the JSE close.