JSE surges on the back of global stock rebound

The JSE rallied on Friday along with other global markets on the back of a broad-based global stock rebound.

The rebound was attributed to investors assessing the numerous measures that central banks and governments are taking to shore up their economies in light of the disruptions caused by the spread of the coronavirus. In Asia, the Nikkei was closed for a holiday, but strong gains were recorded for the Hang Seng which closed 5.05% higher, while the Shanghai Composite Index advanced 1.79%. Strong gains were recorded across the major equity bourses across Europe while stocks in the USA opened firmer for a second consecutive session. 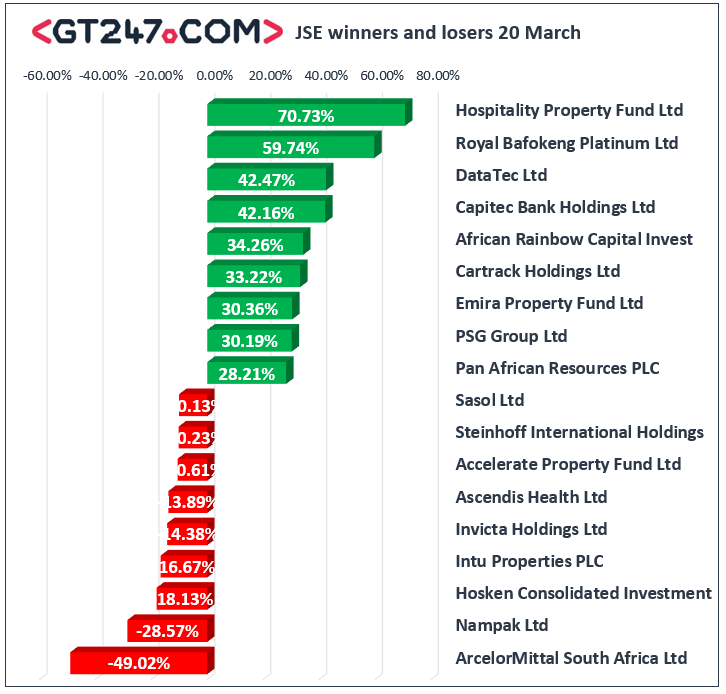