JSE steam rolls ahead despite concerns over Turkey

The JSE rallied to close firmer on Wednesday mainly on the back broad-based gains across most blue-chip stocks.

The talking point of the day was the rand which came under pressure following the events surrounding the Turkish lira. The Turkish government has implemented measures to control trading in the lira in an effort to plug the sell-off in the currency by investors looking to flea to safety ahead of the upcoming elections. The controls on the lira have resulted in some banks not being able to close positions in lira swaps which has sent panic across bondholders and other Turkish asset holders.

The rand slumped along with other emerging market currencies as the contagion from the Turkish lira spread. The rand weakened to session low of R14.67/$ before it rebounded to trade 1.25% weaker at R14.60/$ at 17.00 CAT. 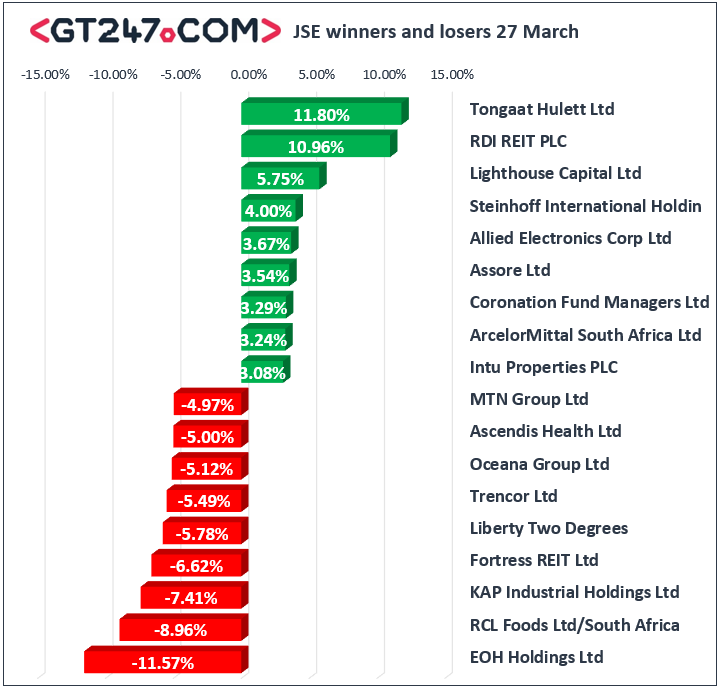 Brent crude seemed to find some resistance around $68/barrel as it struggled to significantly break out above it. The commodity was trading 0.06% firmer at $68.01/barrel just after the JSE close.