JSE starts the week in the green as industrials advance

The JSE held on to its gains to close marginally firmer on Monday mainly on the back of gains recorded on the industrials index.

Equities in Asia traded mostly firmer despite the weaker US jobs data report from Friday. In China, the Shanghai Composite Index closed 1.98% firmer while the Hang Seng managed to gain 0.97%. In Europe, all the major equity indices also traded mostly firmer as the risk appetite for stocks improved with the decline in treasuries. 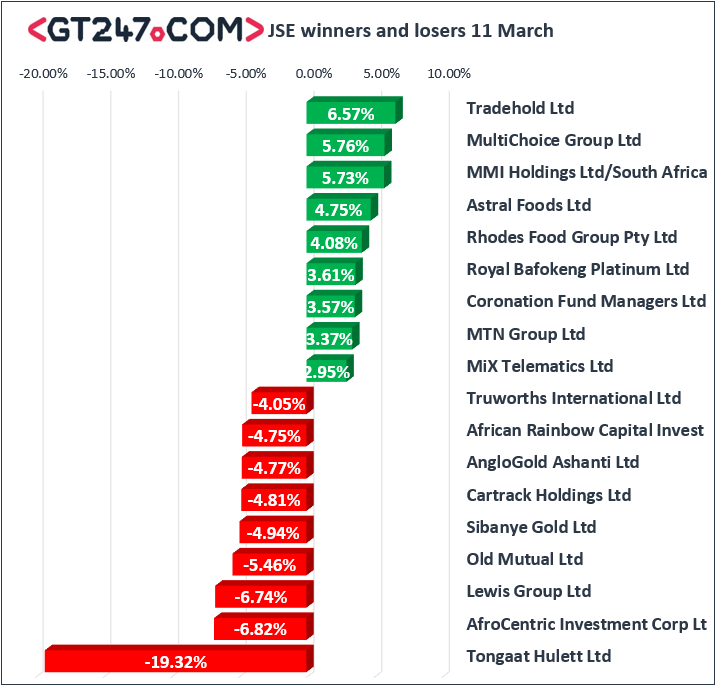 The JSE Top-40 index eventually closed 0.31% weaker while the broader JSE All-Share index dropped 0.27%. The Financials index came under significant pressure as it fell 1.59%, however the Industrials and Resources indices managed to gain 0.84% and 0.44% respectively.

Brent crude was buoyed by statements from Saudi officials who pledged to maintain output cuts and deepen them. The commodity was trading 0.97% firmer at $66.38/barrel just after the JSE close.