JSE softer as inflation falls to lowest level in 8 years

The JSE retreated on Wednesday as global sentiment turned sour on the back of growing unrest in Hong Kong, as well as the USA’s new legislation on Hong Kong.

The US bill could potentially complicate the ongoing US-China trade talks which could result in a deal not being signed soon. This brings on more uncertainty for global investors who have already been struggling to make long-term decisions on the back the ongoing tensions.

The Nikkei closed 0.62% weaker while the Hang Seng and Shanghai Composite Index lost 0.75% and 0.99% respectively. Stocks in Europe also retreated while in the USA the major indices opened softer after they reached fresh all-time highs on Tuesday. 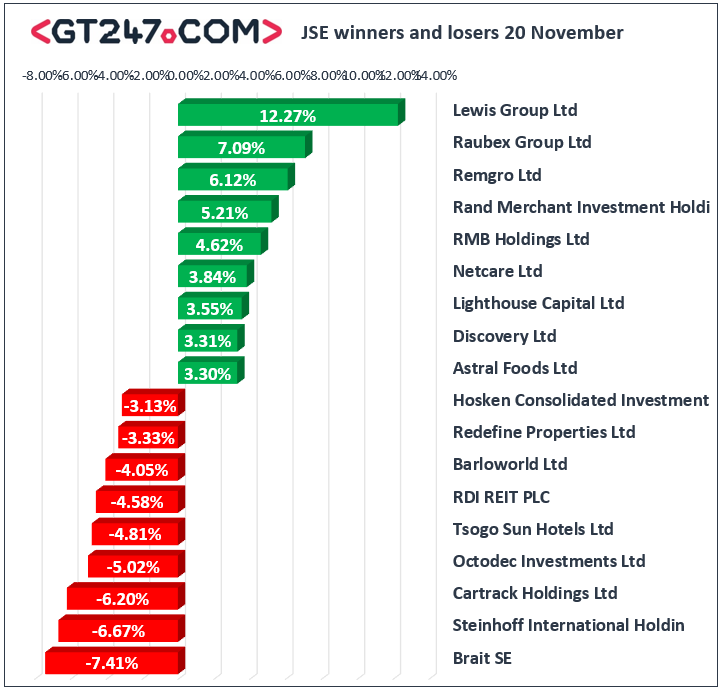 The JSE Top-40 index eventually closed 0.17% softer while the JSE All-Share index shed 0.36%. The Financials index managed to gain 1.09%, however the Industrials and Resources indices lost 0.42% and 0.82% respectively.