The JSE tracked the downward direction of other major global indices which were dragged by news that the US government was planning on restricting US investment into China. This cast a shadow of doubt on the upcoming trade talks between the USA and China, with investors dumping riskier assets such as stocks for treasury bonds. In Europe, stocks were down an average of more than 1% while in the USA stocks also opened significantly lower as a result.

The rand slipped further in today’s session to a low of R15.30/$. This weakness was recorded across most emerging market currencies which continue to struggle on the back of US dollar strength. The rand was trading 0.57% weaker at R15.26/$ at 17.00 CAT. 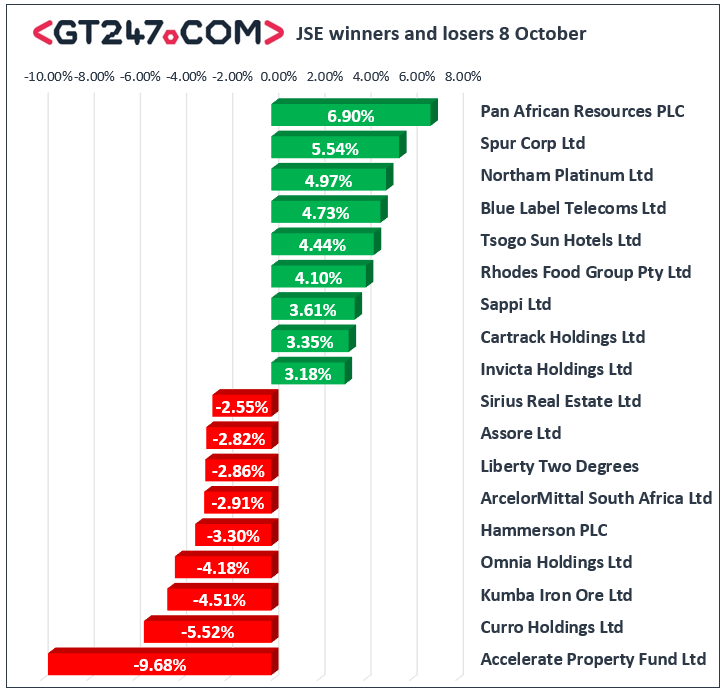